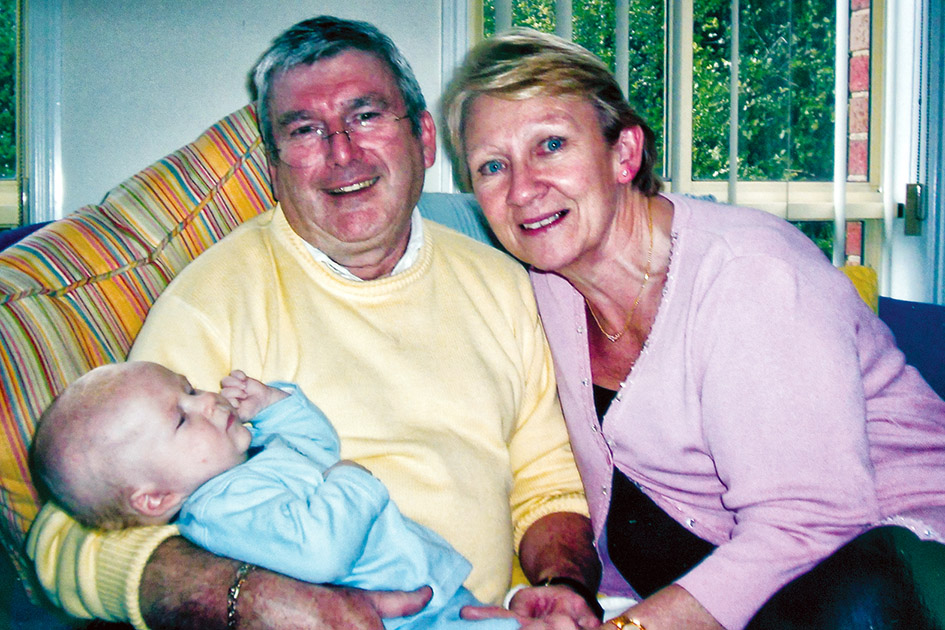 NEARLY three years after the brutal murder of Hastings jeweller, Dermot O’Toole, three justices of the Court of Appeal have dismissed an appeal by the Director of Public Prosecutions against the leniency of the jail sentence handed down to his murderer, Gavin Perry.

This leaves the sentences in place after the appeal hearing of 20 July last year, and an 11-month deliberation by the three justices.

“We were very disappointed with the outcome”, Trent O’Toole, one of Dermot’s sons said. “The justices acknowledged it was a lenient sentence, but were unable to change it”.

The issue that limted the justices had nothing to do with the severity of the crime, but rather the fact that the Department of Public Prosecution had decided to prosecute a “lesser” charge of statutory murder (also known as Murder 3A), as opposed to common law murder, which can carry a more severe sentence.

During the initial appeal hearing, the justices asked counsel for the DPP why it had appealed the leniency of the sentence, after downgrading the charge in the initial trial from common law murder to the less serious statutory murder. “Pragmatism. To avoid a trial and to end up with a charge that carried the same maximum penalty,” replied the counsel.

In an apparent attempt to expedite justice for the O’Tooles and avoid the stress and turmoil of a trial on the family, the DPP has deprived them of the justice they deserve.

At the appeal, the Director of Public Prosecutions asserted that the sentence imposed on Perry, who stabbed and killed Dermot O’Toole during an armed robbery of his jewellery shop in Hastings, was manifestly inadequate.

The Director of Public Prosecutions appealed against the 20 year sentence for the offence of statutory murder, and against the total effective sentence of 27 years’ imprisonment.

But the Court of Appeal dismissed the director’s appeal, noting that the sentence of 20 years’ jail for statutory murder was three years higher than any sentence previously imposed for that offence:

“Although we consider that the sentence imposed on the charge of statutory murder failed to reflect adequately the degree of criminality of Perry’s conduct, the judge sentenced Perry by reference to current sentencing practices for this offence, as she was required to do,” said the Court of Appeal’s judgement.

With the findings now handed down, the CoA has stated that sentencing practice for the offence of “statutory murder” needed to change to reflect the fact that it is not inherently less serious than the common law form of murder.

“The fact that s 3A relieves the prosecution of the obligation to prove intent does not, however, render the offender’s intent irrelevant or evidence of intent inadmissible. The sentencing court must therefore consider what the material before the court reveals about the offender’s state of mind with respect to the act causing death,” said the CoA’s judgement.

In Victoria, the offence of murder can be charged either under the common law or under s 3A. The two offences carry the same maximum penalty of life imprisonment. In contrast to statutory murder, common law murder requires proof of intention to kill or cause really serious injury.

Until now, the CoA said, statutory murder has been viewed as less serious than common law murder.

“A number of sentencing decisions in this state have proceeded on the erroneous basis that the offence of statutory murder is a less serious form of murder than common law murder and should therefore attract sentences of a lesser order. The accepted (but erroneous) view has been that, under s 3A, the killing must be treated as unintentional and that, as a result, markedly lower sentences should be imposed than for common law murder,” said the judgement.

This is little comfort to the O’Toole’s who have now endured three years of anguish trying to get justice for their father and husband.

The only positive outcome is that, through their tenacity, the O’Tooles have affected a change to the law that will see future cases dealt with in a fairer manner.

“There are three statutory murder cases with the DPP which were on hold awaiting the outcome of our appeal. It is pleasing to know that those murderers will now be sentenced more harshly,” Trent O’Toole said.

“The main reason Perry received a lenient sentence was due to the inadequate handling of the case by the DPP and prosecution team. The DPP accepted Perry’s plea for statutory murder even though they acknowledged they could prove intent.”

As for O’Toole family members, their crusade for justice is not at its end.

Media appearances in the last few days on Channel Nine, Channel Seven, and 3AW have shown they are determined to continue to campaign for justice for Dermot.