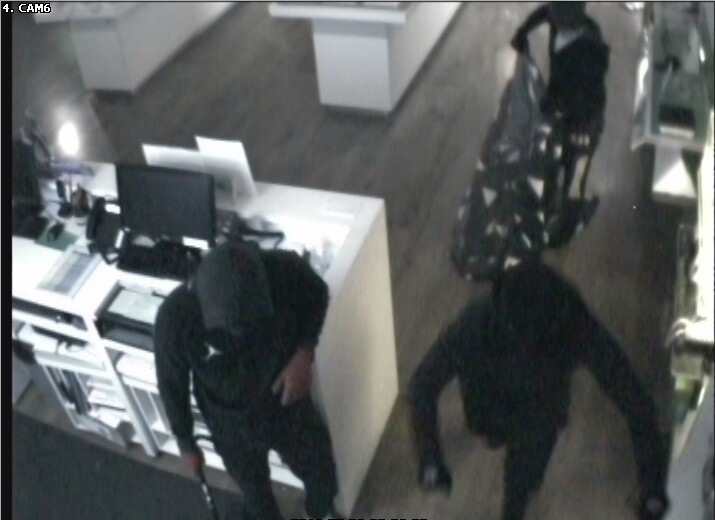 Investigators believe that five unknown offenders have attended a shopping centre in a gold/silver BMW, with stolen registration plates TNV 409, on McCombe Street about 3.15am.

They have pulled up in front of the shopping centre where four have gotten out of the car and one has remained in the driver’s seat.

The four have smashed a hole in the window of a door using a crowbar and then used a concrete saw to cut the lock on a sliding glass door.

Once inside the shopping centre they attended a store and forced their way through a roller door.

They filled a doona with a large quantity of cigarettes and left the store.

The four forced entry into two more shops however nothing was stolen from these locations.

After a short time they fled from the shopping centre in the BMW and were last seen near Greens Road in Dandenong.

Investigators have released images of four people they believe may be able to assist with their enquiries.

Anyone with any information about the robbery is urged to contact Crime Stoppers on 1800 333 000 or make a confidential report at www.crimestoppersvic.com.au