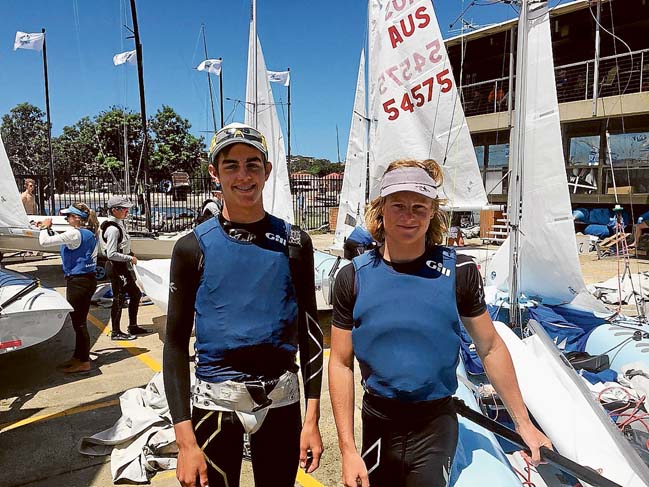 The awards celebrate sailing in Victoria and recognise the achievements made through various programs and regattas.

Nick Sharman and James Grogan were named Youth Sailors of the Year and selected to represent Australia at December’s World Youth Championships in Auckland.

Sophie Ciszek was named Yachting Victoria’s Female Sailor of the Year. This follows her success as a competitor in the 2015-16 All Women’s team in the Volvo Around-the-World Ocean Race.

The trio, on the club’s start boat, Retriever, spotted a flare and reached the disabled boat which had sunk to the point where only the tip of the bow was showing and the men were in the water.

Despite a cold southerly wind and big swell, Mills, Lawton and Ettridge managed to haul the fisherman aboard and tie a rope to the stricken boat’s bow. While trained nurse Lawton attended the rescued men, Mills skippered the boat at a walking pace, with the sunken boat in tow, back towards the harbour.

The Coast Guard soon arrived to take over the tow while the cold fishermen were taken to shore.

Mornington CEO Rod Austin said the fishermen’s warm clothes were weighing them down in the water. They could hardly keep their heads above water, and were shocked and exhausted.

While their new boat had all the necessary safety gear, its fibreglass transom had been pulled away by the weight of the outboard and water was rushing in over the stern.

“It could have been a whole lot worse if they [the rescuers] were not there and able to react as they did”, Mr Austin said. “And, when the fishermen were taken care of, the race team, although late, was able to go back out and run the races for that day.”