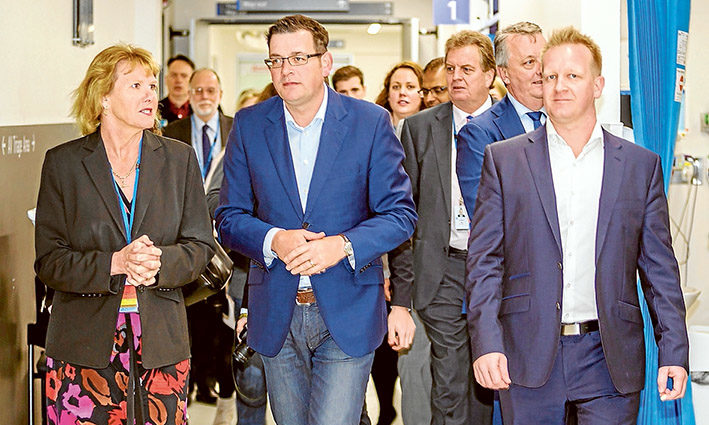 A PLAN to halve Victoria’s suicide rate over the next decade by following up on hospital patients with mental health issues and increasing awareness in the community was launched by the state government in Frankston last week.

Suicide was the cause of death of 646 people across Victoria last year, more than double the road toll of 257.

“For every suicide, there are many more people deeply affected – family, friends, carers, colleagues and communities. This is something we urgently need to change,” Mr Andrews said.

Peninsula Health welcomed the four-year plan including the establishment of a new six-bed psychiatric unit at Frankston Hospital.

Peninsula Health advised there were 4215 admissions linked to mental health at Frankston Hospital in 2014-15, an average of about 80 patients per week.

“The ‘place-based approaches’ will allow us to implement new programs to ensure that all people presenting to our health service for care relating to self-harm or suicide attempts are identified and provided with intensive follow-up care,” Peninsula Health CEO Sue Williams said.

Intensive community-based support trials for people who have attempted suicide will be introduced soon in six locations.

The six areas – Mornington Peninsula/Frankston, Brimbank/Melton, Whittlesea, Mildura, Latrobe Valley and Ballarat – were earmarked for suicide prevention programs based on the prevalence of suicide and population and community demographics according to the state government.

Frankston Labor MP Paul Edbrooke said mental health “has been a key issue in our community for some time”.

“This investment will ensure we get the best support to those who need it most and most importantly, save lives.”