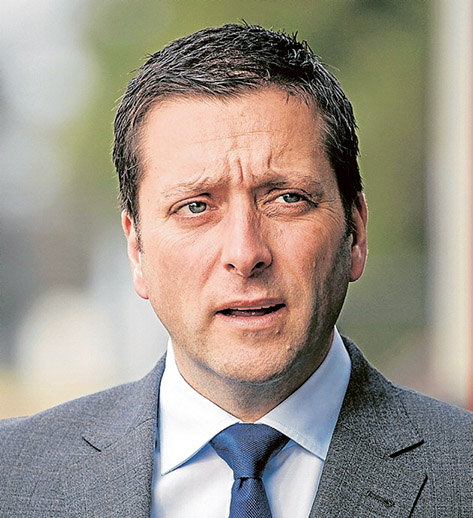 CRIMES by youths across Melbourne and its suburbs mean people increasingly feel unsafe in their own homes according to state Liberal opposition leader Matthew Guy.

Mr Guy visited Seaford and said it is unacceptable that young offenders are released on bail, especially for violent crimes including home invasions and carjackings.

Some of those released show no respect for the law and reoffend upon release.

“We need to get tougher on law and order in this state by changing the bail laws, particularly for juvenile offenders who can’t now be held,” he told The News.

“You don’t give a second chance – whoever the person is, whatever their background is – to people who are invading people’s houses at two and three in the morning as a gang, leaving wives and kids holed up in a bathroom terrified and the husband to fight it out with a baseball bat.

“This is not Johannesburg, this is Melbourne. This is happening now.”

He accused the Labor state government of “going soft on crime” and not giving police the resources needed to combat crime.

“Police need more resources. When we were in government we gave an extra 1900 new police on the beat and if we come to government again it will be at least that plus more.

“We put in 900 protective service officers for every railway station in the metro network and again that will be added to if we come to government.

“We will change the bail laws so juvenile offenders can be held. We will introduce carjacking laws so the people who commit these crimes get a penalty that fits the crime.”

Victoria Legal Aid’s executive director of criminal law Helen Fatouros said last month that about 40 per cent of youth offences are committed by about five per cent of young offenders suggesting a hardcore group of repeat offenders are responsible for a staggering number of crimes in Victoria.

Premier Daniel Andrews in March pledged to give police any resources needed to tackle gang and youth crime.

“Victorians don’t want any excuses and I will offer none,” he said in a press conference after Crime Statistics Agency figures revealed an annual 8.1 per cent rise in crime across the state.

Mr Guy said Melbourne is not “the Wild West”.

“We’re living in civilised, modern Melbourne and people have a right to feel safe in our city. If the government won’t hire enough police to get the job done, we will.”