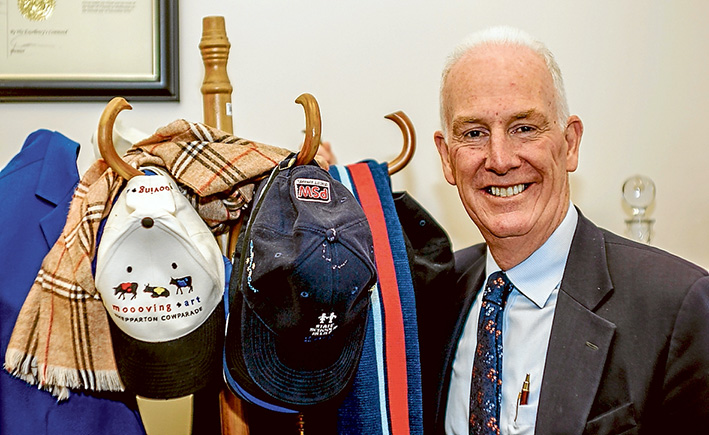 NEPEAN MP Martin Dixon says the realisation that “life can be too short” is behind his decision to retire from politics at the 2018 state election.

The “life” reference refers to his former wife and partner of 38 years, Christine, who died of cancer in April. He has two adult children.

Mr Dixon said “everything has changed now” and that he looks forward to “doing something different with a lot more time to do it” after 20 years as a member of parliament.

“I might buy a boat and do some travelling,” the Rye resident said. “And there are some causes I would like to help and maybe some [company] boards will become available.”

The former teacher, principal (including Rosebud Secondary College) and Education Department area manager overseeing 100 schools, is quick to add that he is well equipped for a business role after exposure to a raft of portfolios as an MP.

But he is reticent to name his major political achievements. “That’s for others to answer,” he said last week.

“Although, being able to work constructively with every state government to make the peninsula a better place to live is something I am proud of.”

Mr Dixon said the “big issues facing the peninsula” related to safeguarding the things people like about the area.

“We have to maintain the lifestyle that we cherish here in terms of the rural atmosphere and wonderful environment; to protect the peninsula from over development as well as providing jobs, improving public transport and roads, which, overall, are the reasons we choose to live here. It’s a matter of getting the balance right.”

Seemingly content with his performance in cementing Nepean as a safe Liberal haven with a healthy seven per cent margin, he reflects on what it was like to hold the most marginal seat in the state – with a 0.1 per cent margin – after what he described as the “big wipe-out” against former Liberal Premier Jeff Kennett in 2002.

Now, with a still comfortable seven per cent buffer, and a feeling that he’s done his job well, he can reflect on a shaky start when the chosen Liberal candidate for the former seat of Dromana, Tony Hyams, jumped ship three weeks out from the 1996 poll.

“I put my hand up and was endorsed and three weeks later was the sitting member,” he mused, adding that he had been involved as a former branch secretary, so was not a complete novice in the ways of the political process or the seat after moving to the peninsula in 1981.

The seat of Dromana was abolished following a redistribution of boundaries in 2001 and he was re-elected as the first MP for Nepean in 2002.

“I have enjoyed politics and seen the difference in the way people perceive politics,” he said.

“Over the past 20 years the community has been changing. About 29 per cent of Nepean’s population are aged over 65 and they are conservative, with the next nearest seat [with a similar old-age composition] at 21 per cent.”

Now, an increasingly younger population, and a much smaller group of entrenched one-party voters, means no seat can be described as rock-solid.

“No seat is safe now. You’ve got to really work and that’s a massive change.”

The “passionate educationalist” and former Education Minister (2010-14) admits he revelled in his time in power. “The worst day of being in government is better than the best day of being in Opposition,” he quipped. “That’s because you can make a difference.

“In Opposition it’s easier to sit back and not be as accountable, but it’s harder to get anywhere, whereas in government you are able to do things.”

Mr Dixon will retire from Parliament in November 2018.

“I am committed to serving the people of the Nepean electorate right through to then and to fully supporting the new Liberal candidate for Nepean,” he said.