Heritage takes a back seat to ‘development’ 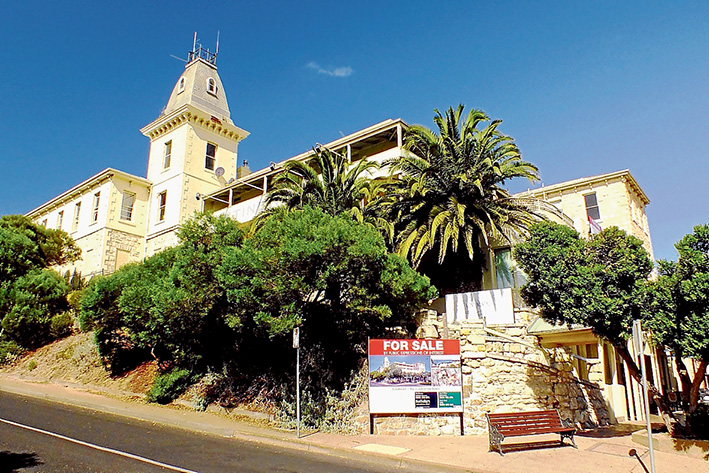 NEWSPAPERS’ reporting of matters such as business and property sales can sometimes overlook other important consequences of such developments.

A case in point is the expected sale of the Continental Hotel in Sorrento and an adjoining, council-owned, public car park. There is an important story about these sales and it covers the protection Victoria’s heritage, the greed of a shire and the disinterest of its councillors.

On 25 July, Mornington Peninsula Shire Council considered, in sequence, two reports prepared by its staff. The first report considered the possible sale of the car park to Continental Developments Pty Ltd. Although this sale was publicly advertised, any other interested party soon found out that the company had in effect, an exclusive right to purchase the land for $1.8 million. A condition of sale will require the company to pay a further $930,000 to enable the shire to buy alternate land for 20 car parking spaces. In a division councillors supported the sale 9:1.

About 900 square metres will be sold by the shire at a price of about $2129 a square metre. A recent sale (for the land) of a commercial business that is less than 100 metres from the car park returned more than $6000 a square metre to the owners. So where will the shire find a comparable parcel of land for $1000 square metres?

The second report to council concerned an application by the same company for a planning permit to refurbish the four-storey hotel, a heritage building built in Sorrento in 1875.

Redevelopment of the site will allow construction of a modern five-storey block of 16 units, a coffee shop and gymnasium.

The redevelopment will cover both the hotel site and car park.

This application was supported by a show of hands and declared as 5:4. The mayor Cr Graham Pittock did put up his hand and when questioned later said he supported the majority decision.

Earlier in the council meeting, councillors stressed that the two matters would be considered separately and independently.

Since the company is under no obligation to buy the car park, the planning permit vote was always a forgone conclusion if the shire was to get its money.

The Continental Hotel is a heritage listed site.

For more than a century residents and visitors to this historic, seaside town have been able to see the hotel’s tower from all points around Sorrento and from offshore.

Council’s lack of vision and creeping modernity will now change this forever.

There are some similarities here with the proposed “redevelopment” of the Victoria Markets by Melbourne City Council. In both cases commercial interests and local government representatives don’t seem to appreciate that people enjoy particular historic places because of what they were and what they have become. They enjoy some patina and the contrast with sterile newness.

In respect of the peninsula, respective government ministers with portfolio responsibilities for planning, local government and the environment need to become familiar with a number of planning, coastal management and land and environment issues that are the consequences of numerous small decisions by council.

Failure to do so poses the risk that the Andrews government may become caught up in a vortex of community reaction and expensive solutions.