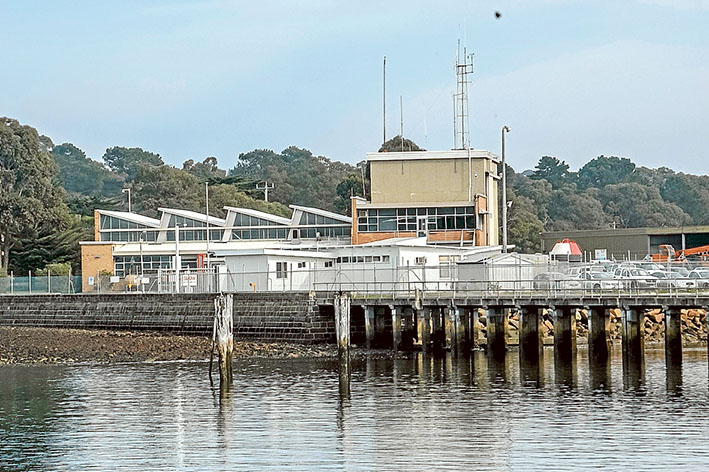 Handover: The contract for Patrick Ports Hastings, based at Stony Point, to run the Port of Hastings ends next June and the state government is tipped to take control.
Share
Facebook Twitter LinkedIn Pinterest Email

THE state government appears to be getting ready to take over the day-to-day running of the Port of Hastings.

The 20-year contract with port manager Patrick Ports Hastings ends next June and the government is awaiting a report on management options from the Port of Hastings Development Authority.

The authority now has a staff of eight, far fewer than the 61 – including 31 contractors – it employed just two years ago when the previous Liberal National coalition government was proceeding with plans for a container terminal at Hastings.

Those plans ended abruptly with the election of the Daniel Andrews-led Labor government, which said a decision on where to locate the state’s next major port would rest on advice from Infrastructure Victoria.

However, the government says Hastings “offers significant development opportunities for bulk industries including the refined fuel, oil and gas industries”.

That statement was made in a 1 April news release announcing the appointment of Malcolm Geier as CEO of the Port of Hastings Development Authority.

“Mr Geier brings to the role substantial qualifications following a successful 10 years at the Port of Portland, with the last six years as business development manager during a major growth period which saw significant increases in exports and volume,” the April news release issued by Mr Donnellan’s office stated.

In the past couple of weeks the authority has cut its staff from 13 to eight.

The latest round of cuts included the executive assistant, its engineering manager, procurement manager, IT manager and acting chief financial officer.

Mr Geirer said “having the state manage the port” was one of the options the port authority had investigated.

He said the most recent shedding of five jobs ensured the authority “is the right size moving forward”.

“If the state took over the port we would need to add nine staff, mirroring what’s there [employed by Patricks] now,” Mr Geier said.

Patrick’s has 10 staff based at Stony Point, including harbourmaster Shane Vedamuttu, who has been there for 15 years, assistant harbourmasters, and office and maintenance staff.

“I don’t know when the government will make its decision, but we will soon be submitting information to the state,” Mr Geirer said.

He said the port authority’s role was to “use public money efficiently, make sure we do”.

The Port of Hastings includes piers and wharves managed by Patrick at BlueScope Steel and Long Island Point, Hastings, and the Crib Point and Stony Point jetties.