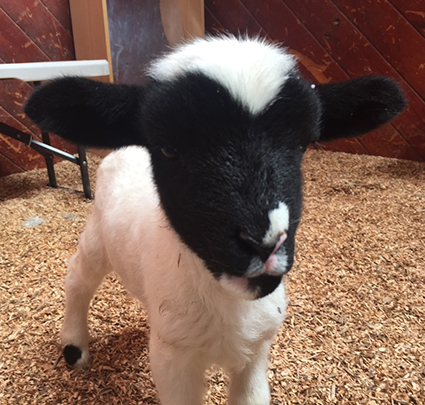 A MAN has been charged over the alleged theft of a baby lamb from a Moorooduc animal park late last month.

Detectives have been told a man entered the Mornington-Tyabb Rd animal park, The Big Goose, early on Sunday 21 August.

It is believed he broke into one of the sheds and made off with Ralph and a baby goat which escaped and was found next morning.

Ralph was named following a competition run by the park. He is four weeks old and must be fed by bottle to survive.

A 21-year-old Moorooduc man was arrested Wednesday afternoon and has been charged with theft, handling stolen goods and animal cruelty. He will appear at Frankston Magistrates’ Court, 4 November.

A 25-year-old Cranbourne man and 21-year-old Tyabb man were also arrested and have been released pending further inquiries.

Detectives were told Ralph had been left in a paddock on the Mornington-Tyabb Rd, near the intersection of Coolart Rd, Moorooduc, but were unable to find him.

Police have released pictures in the hope someone may recognise him.

Anyone with information on Ralph’s whereabouts is urged to contact Crime Stoppers on 1800 333 000 or submit a confidential crime report to crimestoppersvic.com.au