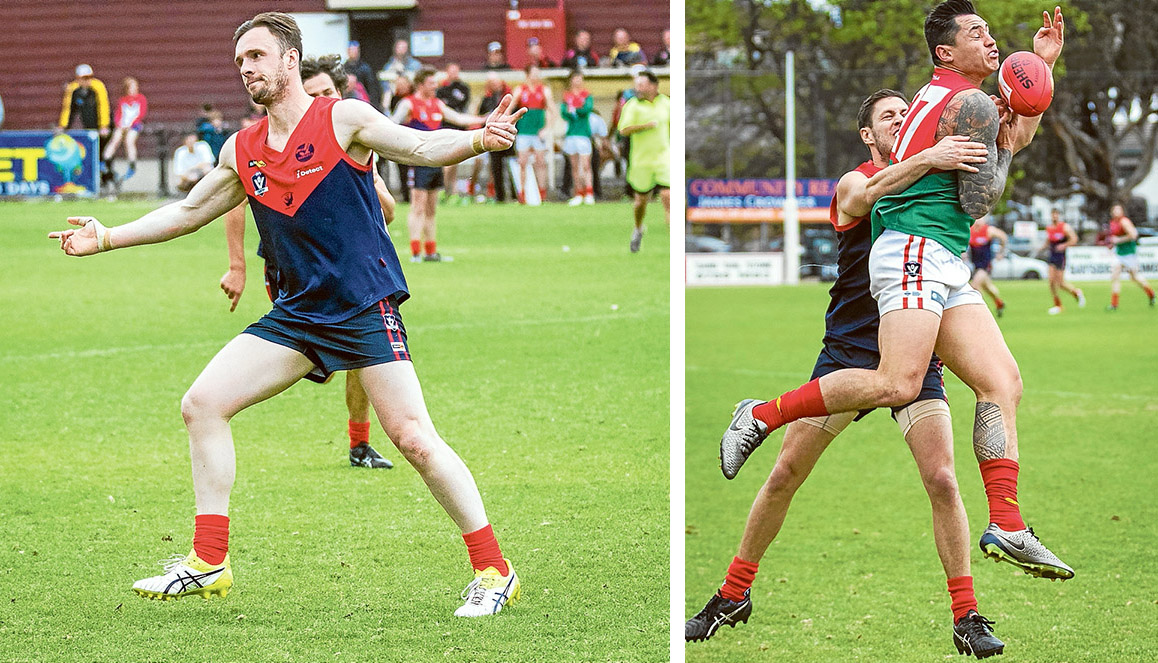 The difference between the sides was unquestionably leg speed. When the ball hit the deck, the Redlegs made its opponent look as though they were running on the spot.

Ben Landry and Rohan Heasley dominated through the middle of the ground, along with Jimmy Clayton while Karl Lobardozzi and Sam Gill provided enormous drive.

Jay Neratzoglou and Jimmy Anwyl both had tough tasks on the rotating Pines key forwards and did outstanding jobs.

While Capkin and Van Unen were the key targets, Robbie Turnbull shone. Turnball booted a couple of goals in the third quarter but had a hand in many others. He is an outstanding talent.

Young ruckman Matt Lillie was the best big man on the ground, providing first use and even moved forward to kick a couple of majors.

Matty Davis is an important player for the Redlegs and his return to the team made a significant difference to the Redlegs’ structures and versatility.

Unfortunately for the winners, Darren Booth reinjured himself at training during the week in his bid to prove his fitness.

Brodie Shaw went toe to toe with Pines’ Luke Holdcroft a couple of times but had the last laugh when he nailed a goal in the final quarter.

Pines didn’t have too many winners. Even the Pines’ runner was yellow carded in the opening quarter.

The Grand Final should be a ripper.

Mt Eliza and Frankston YCW booted 18 goals each in the second semi-final two weeks ago and the lead changed hands four times in the last quarter. YC led by as much as six goals early in the second quarter.

The Stonecats are deserved favourites while Mt Eliza is looking strong going into the grand final this Sunday at Frankston Park.

The Redlegs simply must get into the game early. If they get blown away again, they can’t win it.