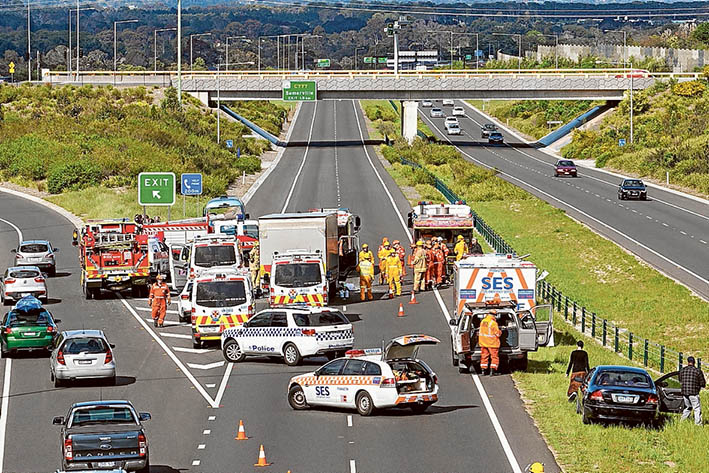 THE driver and passenger of a van needed hospital treatment after being hit from behind by a large truck on Peninsula Link, 8.45am, Saturday.

The force of the impact stove in the front of the truck with the airbag possibly saving the driver from serious injury, Leading Senior Constable Darren Myers, of Carrum Downs Highway Patrol, said.

The truck driver, who may not have noticed banked-up traffic ahead, hit the back of the cleaning service van, pushing it into the back of a small, fully loaded, passenger bus, all heading south on the freeway, between Robinsons and Golf Links roads, Frankston South.

In an earlier accident, which caused traffic to bank up, contributing to the truck crash, a woman in her late 40s had to be cut from a small SUV after a tyre blow-out caused it to flip near Golf Links Rd, 8.15am, Saturday.