‘Favours’ denied as women move to bring an end to war 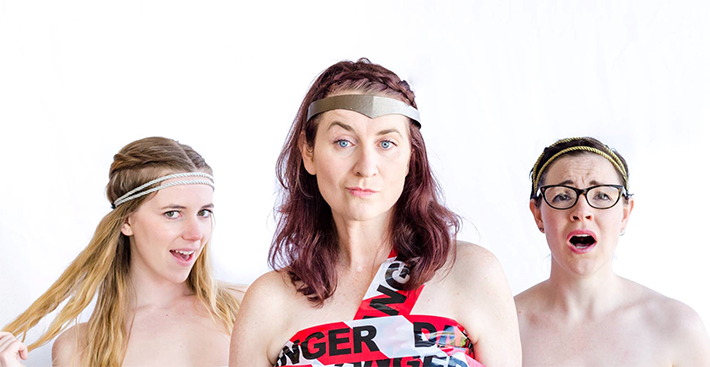 WHEN the women of ancient Greece stage a sex strike for peace, sparks fly and the comedy “pops-up” everywhere in Lysistrata, a bawdy anti-war comedy by the playwright Aristophanes.

The play kept audiences laughing, and squirming, for 2500 years.

Lysistrata is a comic account of a woman’s mission to end the Peloponnesian War. She convinces other women to withhold sexual privileges from their husbands as a means of forcing them to negotiate a peace treaty.

Lysistrata has much to offer theatre-goers and society, director Emma Sproule said. “If the laughs can shake us hard enough, perhaps they might shake us free of the chains in which a patriarchal society binds us still.”

Tickets are $30 or $25 concession. Groups of eight or more are discounted. There’s cabaret-style seating, BYO nibbles and drinks at bar prices.

The production contains course language, sexual references and imagery and partial nudity and is not suitable for under 15 year olds.