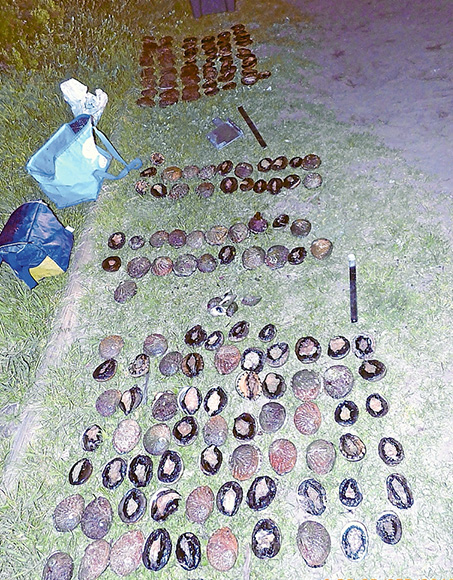 THREE men have been charged after being caught at Number 16 Beach, Rye, with 169 abalone.

Fisheries officers who stopped the men at 11pm on Thursday 23 September found the abalone in their four-wheel drive.

“The men, aged 32, 36 and 40 from Malvern, Mt Waverley and Vermont South, were not deterred from fishing in what were cold, rough and windy conditions,” acting director of fisheries education and enforcement, Brooke Hall, said.

Fisheries officers returned all 169 abalone to the water that same night but say their survival rate is uncertain.

“The minimum legal size is 10 centimetres within Port Phillip and 11 centimetres elsewhere in Central Victorian waters, including Number 16 Beach at Rye.”

Other rules are outlined in the Recreational Fishing Guide www.vic.gov.au/fishingguide