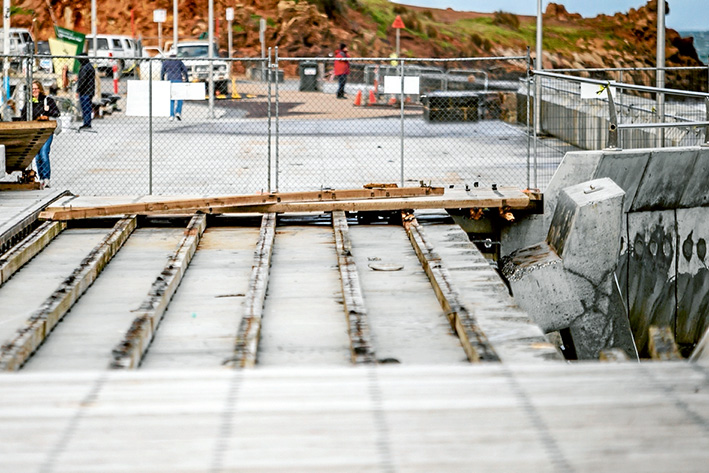 Parks Victoria spokesman Lachlan Quick said during the severe weather on Monday 10 October, 10 wave panels were dislodged – with others still connected but damaged and likely to be removed.

“This has impacted some of the timber decking as well,” he said. “The outer section of the pier has been closed to protect visitor safety and engineering inspections are continuing today and in coming days.”

Divers were in the water Friday assessing the latest damage. New panels are expected to be built and installed in good weather.

“The storm damage in July damaged the wave panel fixing system leaving the remaining wave panels more vulnerable to dislodging in future storms. The system which strengthens the wave panels’ connection to the pier needs to connect across the full length of the pier to operate effectively.”

Mr Quick said Parks Victoria needed “a window of good weather” to repair the July and October damage with a long-term fix able to withstand storms.

“[We] understand the concerns and acknowledge the clear difficulties with the wave panels withstanding storm conditions,” he said.

“The pier itself has no problem withstanding storms as it has a 1.2 metre thick concrete deck. Parks Victoria has designed and planned rectification works for July’s damage, but has been unable to implement the works due to the aggressive weather conditions at this time of year.

“The focus right now is on fixing the pier. We’re exploring all options to get it repaired, functioning and open to the public.”

As the tail end of the storm recedes on Monday, the damage is revealed (Pictures: Paul Pingiaro)