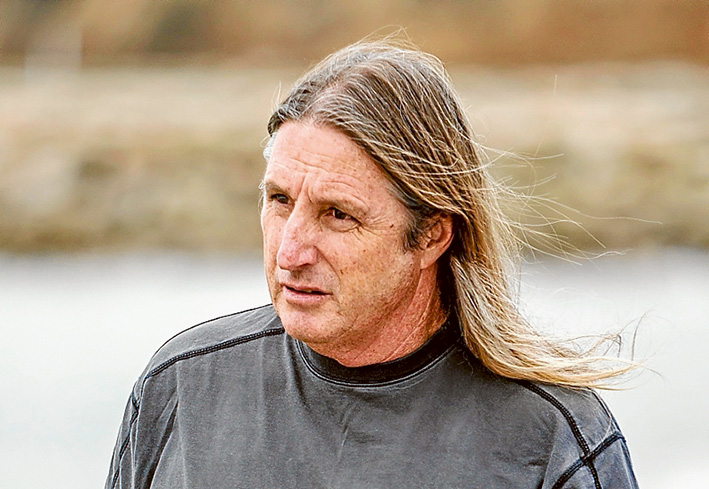 The launch event was part of Winton’s national tour of his newly released non-fiction book, The Boy Behind the Curtain, which gives a rare insight into the man behind 28 books, written over a 34-year period.

An autobiographical account of his upbringing in Western Australia, the book also reveals the characters and events behind some of his bestselling novels.

At the Safety Beach launch, Winton spoke candidly about some of the links between his early experiences of spirituality, surfing and writing, and touched on world topics as well as personal incidents that helped shape his take on life.

Better known for writing about complex, yet believable, fictional characters that embody the essence of small-town Australia, Winton’s latest book is an unusual and unexpected peek into his private world.

The book launch – his first tour in 10 years – was a huge literary catch for organiser, Farrell’s Bookshop. Events coordinator Kate Horton said the store was delighted to bring an author of Winton’s calibre to the peninsula.

“We hope it’s the first of many big name events,” she said.

Winton, whose books include That Eye the Sky, Cloudstreet and Dirt Music, is a keen conservationist and passionate supporter of the Australian book industry, which has been under threat by proposed changes to copyright law and parallel importation, where books are imported from another country to bypass copyright laws.