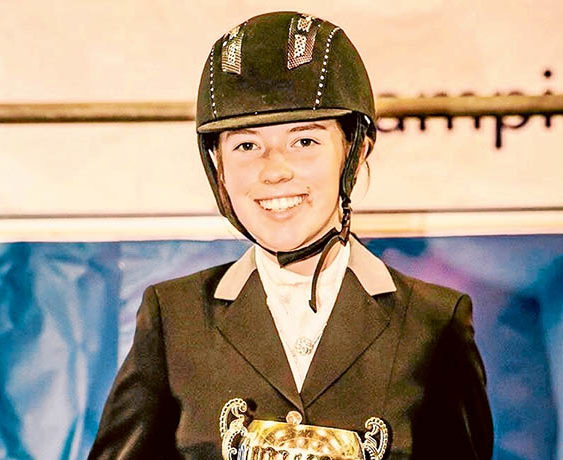 This earned her a spot in the Victorian Inter-school Equestrian team to compete at the national level in the event, which involves both dressage and show jumping.

The Australian Equestrian Godolphin Championships were held during the September school holidays at the Sydney Olympic Equestrian Centre. Ruby, who attends Mornington Secondary School, prepared her horse Aljerrer Park Emirra to look its best for the trials. She rode exceptionally well throughout the events, winning her section against 18 other top riders from around Australia and receiving a sash and horse rug for her efforts.

For her win Ruby was selected in the Australian Combined Training Team where she received another sash and horse rug.

At the closing ceremony Ruby was judged the rider with the least accumulated penalty points out of 119 riders and was named Australian Combined Training Champion.

“On behalf of the school I would like to congratulate Ruby and the Stubbs family on such a wonderful achievement.”