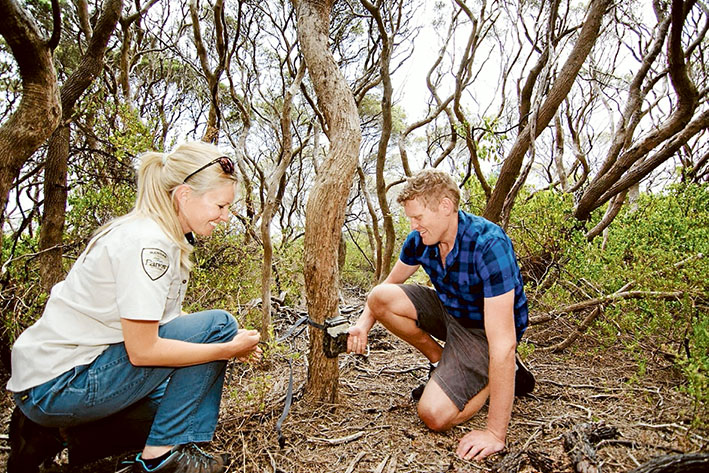 SOME of the rarest plants on the Mornington Peninsula and French Island will be better protected under a $85,000 project between Trust for Nature and Parks Victoria.

Trust for Nature regional manager Ben Cullen said one of the rarest orchids in Australia – the leafy greenhood – occurred in some areas of the Nepean Peninsula and was considered a threatened species because of trampling, pest herbivores, urban development and “unfavourable” land management practices.

“It’s really important we work collaboratively and that the community is part of the efforts to give these rare plants the best chance of survival on both public and private land,” Parks Victoria ranger Louise Bracy said.