Author gets it off his chest for posterity 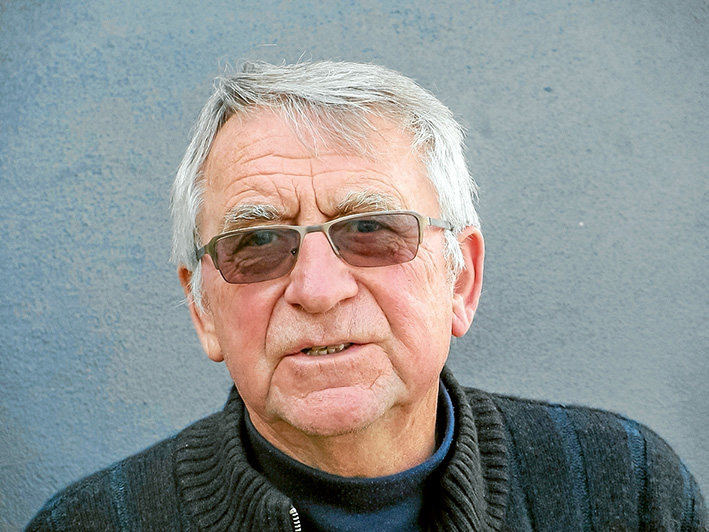 IT’S not that unusual to develop a cough after spending weeks either in air conditioned rooms and cars or outside on 40 degree days.

On his first back in England after three weeks in the Middle East Alan Cane woke up wrapped in clammy sheets. He coughed and there was blood in his handkerchief.

A visit to the doctor led to blood tests and an x-ray. Two days later he was admitted to a sanatorium with tuberculosis, TB.

This all happened in the mid-1970s and such a diagnosis, even then, was commonly regarded as a death sentence. Antibiotics meant this was no longer the case, but there remained a stigma attached to TB.

Now nearing 70, Cane has written a biographical novel about the 1000 days that followed his diagnosis.

He readily admits that three years does not make a life, but the six months of relative isolation spent in the sanatorium (including surgery to remove part of a lung) turned his life around.

Although he hadn’t been fired, it soon became apparent after returning to work that his employer no longer needed, or wanted, him on the payroll. The company had been supportive throughout his illness “but I was damaged goods; they didn’t want to know me”.

Cane now lives at Mt Eliza with his wife Susana, who also features in the book, first as a part of a double date in Singapore and then as his wife. They have four children.

A picture of Susana is on the cover of Cane’s “true life memoir”. He says it’s not necessary for the cover image “to be relevant to the content”.

Cane’s A breathless odyssey does not hold back on the pleasure seeking times and exploits of a late 20s business man based in Singapore after surviving a life-threatening disease. His wife, he says, gave her approval to the sexual content and references “but there are two chapters devoted to her – she knocked me off my feet [when I met her]”.

Once out of the sanatorium (a forbidding Edwardian building now truned into trendy apartments) Cane was offered a job within six months by a rival to his former employer. But this time his base would be in Asia rather than the Middle East. Cane grabs the opportunity with both hands, becoming “expertly familiar with Asian business practices”.

A chemical engineer who had graduated from Manchester University, Cane worked in both the technical and marketing fields of water purification.

“I was a pioneer, taking [this technology] to the region,” he says.

Cane says wanted to “document something that was important to me” and explains to future generations of his family “how Chinese blood came into their DNA”.

“I was the first European to take one of my wife’s [12 brothers and sisters] from Singapore.

“The book [was written] as more of an indulgence than to make money, but I’ll be happy to recover costs.”

Cane had written two previous books, both calling on his wide knowledge and experience of doing business in the Middle East and South East Asia.

They were written after he brought his young family to live in Australia in 1984 on the back of an offer to participate in a development project based in Melbourne.

The project failed and he saw there was value in his experience, and realised having a published book was a way to become known as an expert. A go to man for quotes, newspaper columns, consulting and speaking on “the seminar circuit”.

Happily for Cane, his decision to live in Australia coincided with the urgings from some federal MPs (Paul Keating for one) for business leaders to embrace the idea of looking to Asia for business as well as the more traditional markets in Europe and the United States.

“Just spouting out what I knew led to my success,” he says.

Some of the advice he gave included “just speaking another language isn’t a recipe for success” and “don’t pretend you are something more than you are”.

“You can intimidate people if you profess to be an expert in business and languages. Remember, people are looking for simple solutions.”

He is also available for speaking engagements.