By IT GullyNovember 21, 2016No Comments4 Mins Read 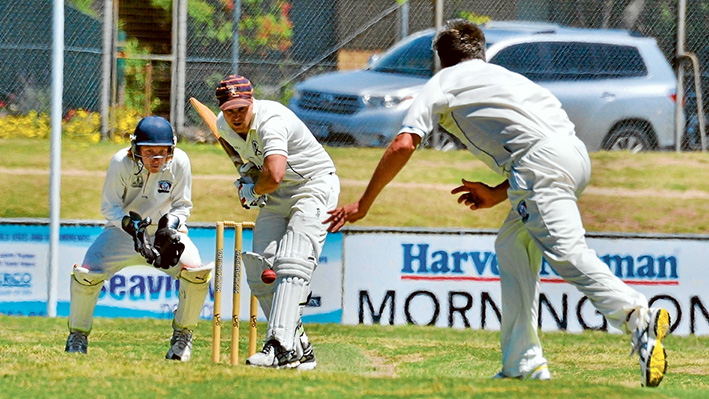 LANGWARRIN sits in third position on the MPCA Provincial table after pulling off a remarkable victory against Long Island.

The Kangaroos are far from the most talented list in the competition, however, they are playing a brand of cricket that is based on team spirit, pressure and taking pride in personal performance.

On Saturday, Langwarrin had no right to beat the Islanders.

Resuming at 9/101, the Kangas lasted another nine overs and added a further 27 runs (128) to their overnight total.

One thing the Kangas were aware of was the fact that Long Island’s batting has been brittle this season. Scores of 100, 156 and 81/79 in their previous three matches suggested that any score north of 120 for Langwarrin was going to be competitive.

Jake Prosser was outstanding for the winners, holding up the batting with an unbeaten 38 and arguably winning the match for his team with 3/9 from 5.3 overs with the ball. Mal Coutts was also superb with 1/15 from 11, Matt Prosser claimed 2/25 from 14 overs and Matt Campbell snared 2/10 from eight overs.

Peninsula Old Boys remain at the top of the ladder after recording an effortless victory against Mornington.

When Mornington posted a score of 212 against the Old Boys, it looked competitive given their bowling strength.

Mt Eliza successfully defended its 285, which was always going to be the case against Moorooduc.

The Mounties bowled out the Ducs for just 82 in 46.4 overs in the first innings with Justin Savio picking up 7/35 in 19 overs. Shamith Kannangara top scored for Moorooduc with 29.

The Mounties had another 51 overs to try and roll the Ducs a second time to claim the outright, however, could only claim 6/125. Nick Baron collecting 3/53 from 21 overs.

Resuming at 3/9, Sorrento looked up against it to reach Crib Point’s total of 126.

Fast forward 30-odd overs and the Sharks were bowled out for just 110.

Crib Point batted out the rest of the day and made 8/104, meaning that a total of 28 wickets fell in the match for just 340 runs.

Both the Pies and the Sharks have some work to do with the bat!

Baxter is in second place on the ladder after a strong victory against Somerville.

The visitors didn’t set the world on fire with the bat, scoring just 179, however, their bowlers stepped up to the plate and did what it needed to to get the result.

The Eagles were bowled out for 132, Justin Bridgeman claiming three wickets to go with his 52 with the bat, while Chris Brittain also snared three wickets.

Leigh Lowry was the best of the Somerville batsmen with 49.

Pines picked up a much needed win against Pearcedale at Tractor Park.

Harley Peace-Stirling played a real captain’s knock, scoring 73 to help the Piners to 9/164.

Ashley Hupe provided great support for 30 runs. Shayne Gillings was the pick of the Pearcedale bowlers with 4/34 from 13.4 overs while Kaine Smith bowled 29 overs for a return of 3/74.