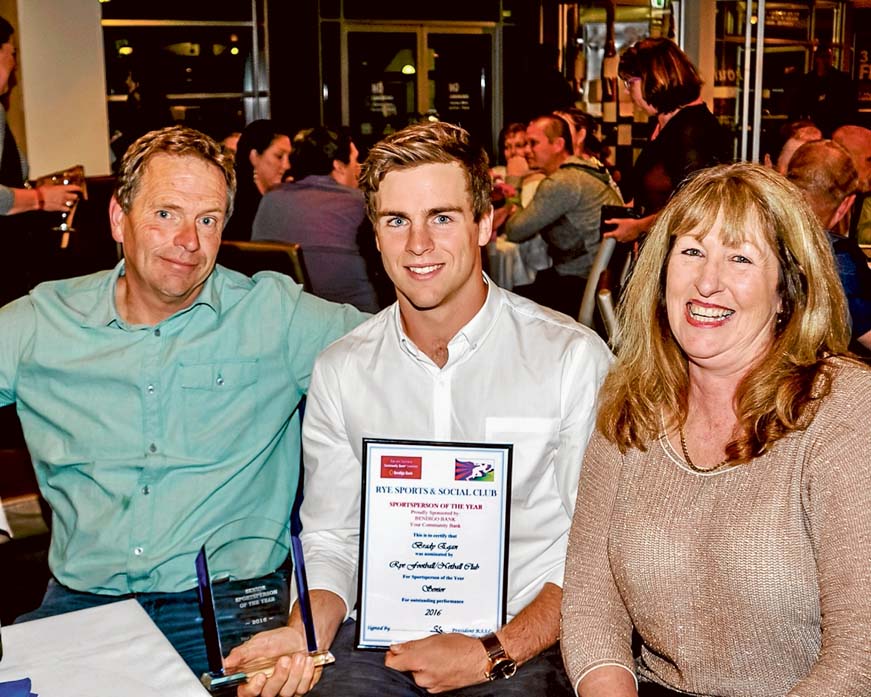 BRADY Egan is the Rye Sports & Social Club’s senior sportsperson of the year.  He was nominated by Rye Senior Football/Netball Club.

Egan capped off a stellar year on the field by finishing eighth in the Fox8 production of The Recruit, in which AFL legend Mick Malthouse leads the search for Australia’s next sporting hero. He didn’t win the competition, but he was picked up by the North East AFL in Queensland and will play for Southport Sharks next season.

A dinner two weeks ago held to announce the winners was attended by members and the families of nominees from the seven participating clubs that make up the Rye Sports & Social Club.

Club vice-president Scott Beel interviewed the nominees and highlighted their achievements and future goals in their chosen sporting fields.