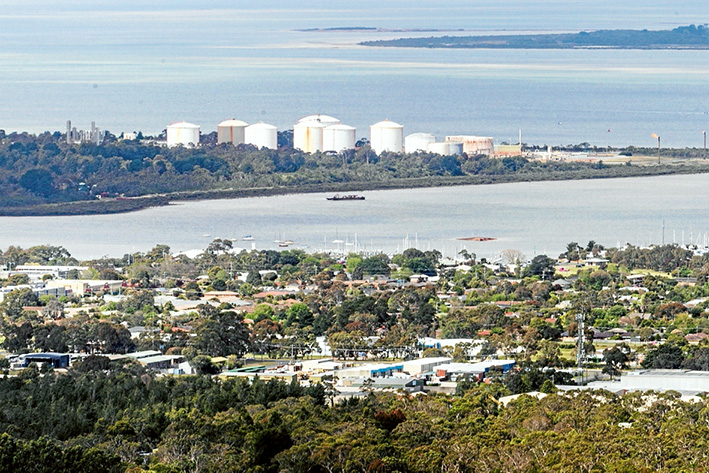 Port in waiting: Mornington Peninsula Shire and the City of Frankston have backed the expansion of the Port of Hastings, although Infrastructure Victoria says any decision is years away. Picture: Gary Sissons
Share
Facebook Twitter LinkedIn Pinterest Email

MANAGEMENT of the Port of Hastings will come under state government control on 1 July next year.

The government has decided against renewing its port management lease with the LINX Cargo Group, owned by asset manager Brookfield, and the Port of Hastings Development Authority will take over as port manager.

“The Port of Hastings will continue to be very much open for business throughout this transition period and well into the future as a key bulk port for Victoria,” the authority’s CEO Malcolm Geier said.

“The Port of Hastings is one of Victoria’s key bulk ports and as Victoria’s deepest bulk port offers significant development opportunities.

“The Port of Hastings Development Authority will increase its staffing and employ a workforce of a similar size to that presently employed by LINX and the authority to ensure a smooth transition of responsibilities on 1 July 2017.”

The 10 staff employed by LINX at Stony Point have been told that their jobs will be advertised by the authority.

It will be the first influx of new staff for the authority since the loss of dozens of jobs in the wake of Labor’s at 2014 election win and its decision to abandon plans for a new container port at Hastings.

Timelines for any expansion of the port are not likely to be known until next May when Infrastructure Victoria releases recommendations on the location of the state’s second container terminal.

Bulk products, mainly LNG (liquefied natural gas), are already shipped from Hastings and the biggest fear held by environmentalists is that the port could be used to export brown coal.

Previous state governments – Liberal and Labor – have backed Hastings as a site for a new container port, but the current government changed tack and nominated Bay West in Port Phillip as its preferred location.

A report just released by Infrastructure Victoria recommends three major infrastructure projects for the next 30 years, none of which involve ports.

While noting the May 2017 deadline for recommendations on a second container port, Infrastructure Victoria’s December report does mention further expansion to “the capacity of the Port of Melbourne through a range of measures, including the extension of berths, the use of Webb Dock exclusively for containers, relocating the car import/export trade, landside investment and technology improvements at both Webb and Swanson docks”.

“However, it should be noted that the most efficient way of accommodating growing container volumes in Victoria is to increase the capacity of the Port of Melbourne whenever this should be needed, and to the extent that this is feasible,” the report states.

“Improvements in port productivity are anticipated to have positive impacts on businesses involved in international trade. By increasing the productivity of the supply chain, this option is also likely to positively affect general business costs and economic growth.

“Expansion of the container capacity at the Port of Melbourne may attract larger vessels to the port, which may potentially increase safety risks, and the risks of disruption. Conversely, there may be limits to the size of ships that can access the port, due to the constraints of the Port Philip Heads access, or the West Gate Bridge.”

Coincidentally, the Seraja Enam, reputed to be the largest container ship to come to Australia, sailed past Victoria to NSW to berth in Port Botany on Wednesday 23 November.

Former Port of Hastings harbourmaster Dick Cox, said the 14.8 metre draft Seraja Enam “is too deep to get through Port Phillip Heads let alone up the Yarra River and probably couldn’t get under the West Gate Bridge either”.

He told The News on Friday that ships of that size could easily sail to an expanded Port of Hastings, although dredging would be required to provide a turning circle.

Mr Cox said the dredging was “a fair amount, but not as much as [opponents to the port expansion] are saying”.

In an article in the Tyabb & District Ratepayers, Business & Environmental Group newsletter, Mr Cox discusses maintaining “the position of Victoria having the premier container port in Australia?”

“We obviously have to have a port with channels that can take vessels of this size safely every day, and that is not Port Phillip Heads at this point in time, can we make it so? Of course we can – engineers only have to follow the guidelines covered by the Internationally-accepted PIANC Report 121- 2014 Harbour Approach Channels Design Guidelines, which will probably tell them that the Port Phillip Entrance Channel has to be three times the width and two metres deeper than it is now.

“No problem, the experts will be able to tell us how much extra water will come and go out through the Heads with the tide, make for wider beaches at low water. Mind you, where the high water mark will be is anyone’s guess.

“Or simply build the berths at Hastings as the channels to Long Island Point can take vessels up to 15.8 metres draft now.”