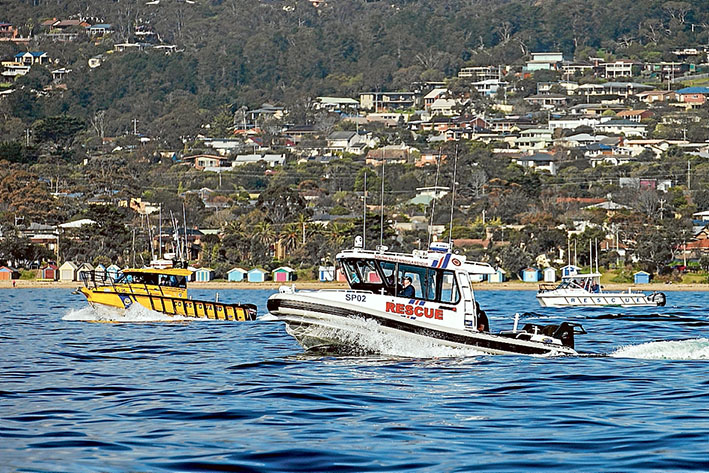 TWO men had an eventful day at sea when their vessel ran out of fuel and then ran aground in Western Port Bay, Saturday afternoon.

The pair had set out for a casual jaunt, but quickly found themselves in trouble in the rough conditions.

The pair then found themselves running out of petrol and aground on mud flats as their boat began taking on water.

The men contacted a friend by mobile phone who passed details of their plight on to Water Police who, along with volunteer maritime rescue crews and the police Air Wing, were then able to rescue them.

On Sunday, the Water Police were called to another job on Western Port where a family was lucky to survive, police said.

A 38-year-old man, 34-year-old woman and four-year-old boy were in a boat that started taking on water. A passing vessel raised the alarm and, by the time Water Police arrived, they had made it to shore safely.

“Both these situations could easily have been avoided,” Acting Sergeant Penrose said.

“Checking conditions means more than just sticking your head outside.

“Make sure you thoroughly check weather patterns and, if you do elect to head out, ensure your safety equipment and fuel levels are sufficient.”

Acting Sergeant Penrose said anyone who felt they may be getting into trouble should immediately call 000.

He said boaters should wear an approved life jacket; check the weather before going out and remember conditions can change suddenly; tell someone where they were going, where from and when they planned to return; and, ensure safety equipment is maintained, easily accessible and in good order.