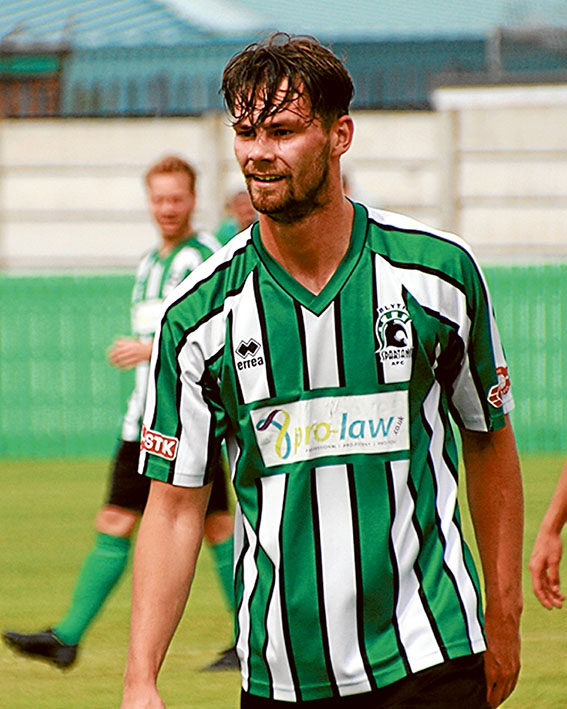 PRE-SEASON preparations for the 25 March kick-off to the 2017 league season go into overdrive this month.

The highlight is the annual Steve Wallace Cup on Saturday 28 January, which will again be hosted by Mornington at its Dallas Brook’s Park headquarters.

The event commemorates the life of local soccer icon Stephen William Wallace who was 54 years old when he died on 19 July 2011 and was a former Langwarrin player, coach, president, life member, club council representative and Bayside League referee.

The charity event is a showcase for the local game and always draws a large crowd.

This year’s round-robin format involves 10 clubs in two groups with each team playing four group games of 15-minute halves and the top teams in each group playing off in the Grand Final.

On the transfer front Mornington has agreed terms with former star Simon Mur, who is due to return in mid-March from a two-year stint in England.

Mur scored 24 goals in the 2014 season and Mornington head coach Adam Jamieson is delighted to welcome back the pacy striker.

The 24-year-old is a former South Shields, Washington and West Allotment Celtic player.

Brad Zealley has been confirmed as Mornington’s goalkeeping coach.

Teenage goalkeeping prodigy Cooper Bankes-Fay is likely to leave Mornington. He has been training with Bentleigh Greens and flies to the UK this week with the Australian schoolboys squad.

Frankston Pines start training for the upcoming season on Thursday and the club hopes to complete the capture of two young Mauritian internationals to join fellow Mauritian visa players Cedric Permal and Christopher L’Enclume at the Monterey Reserve outfit.

New vice-president Daniel Plaiche was awaiting confirmation of their signing this week before arranging visas and flights for the duo.

Skye United could sign five new players for its State 3 South-East campaign after its 2016 championship success.

Among those targeted by senior coach Billy Armour are two Brazilians and an accomplished striker.

“I can’t give you their names because I don’t want other clubs chasing them but the striker is a former Division One player and he could still play at that level although he’s been playing down the leagues lately,” said Armour.

Rosebud Heart expects big things from English recruit Will O’Brien, a central midfielder who played in the Bayside League last year and was on the books of Swaffham Town.

Defender Callum Richardson has rejoined after a season with Peninsula Strikers and big Chris Sibson has returned from Seaford United.

Newly formed Somerville Eagles are hoping to hear from FFV this month that their application for membership of State 5 South has been successful.

The club is based at Somerville Secondary College and is backed by Ultra Fine Foods whose director Felix Arena is Eagles’ president.

“We just felt that there was an opportunity to establish a club in the broad Tyabb, Pearcedale, Somerville area and if FFV accepts our application we are likely to run around six sides this year,” said Arena.

Zach Peddersen is director of coaching.

Here are some pre-season schedules:

McPartlin’s contribution to the local game and the trade union movement was immense.

Funeral arrangements were unavailable as we went to press.