The drone factor in wildlife protection 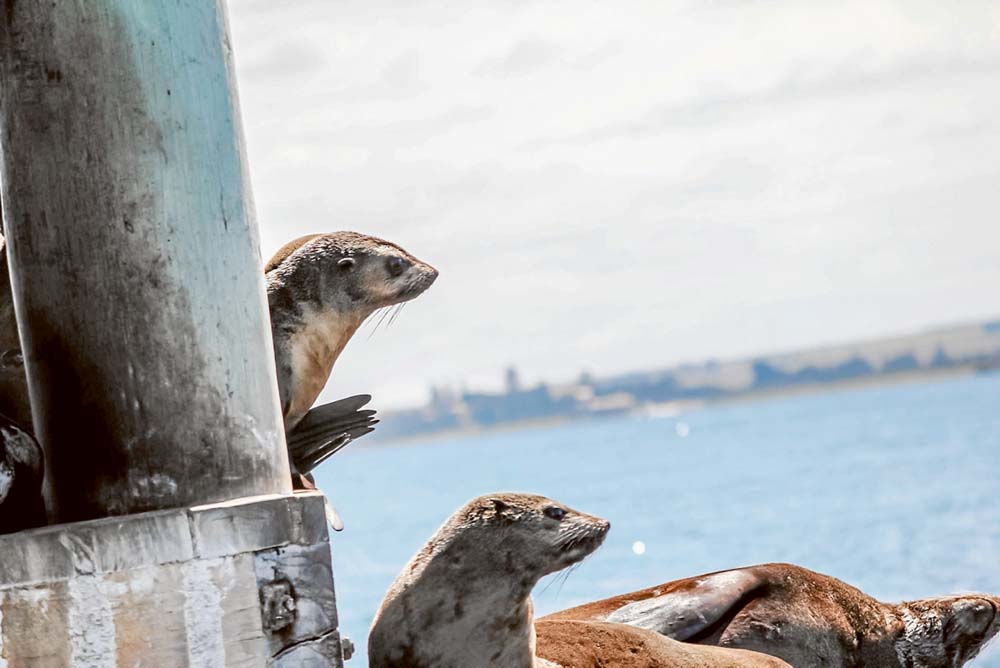 Patrols are being made to ensure boats and other craft keep their distance from seals, whales and dolphins, while on land Melissa Varney (left) Lee French (below left) have signed on as seasonal rangers with Parks Victoria.
Share
Facebook Twitter LinkedIn Pinterest Email REGULATIONS designed to keep boats and jet skis away from seals, whales and dolphins have been extended to include one of the latest gadgets to take off – drones. Land and sea patrols the Department of Environment, Land, Water and Planning (DELWP) are on the lookout for breaches of the regulations which can attract $233 on the spot fines or penalties up to $3109 if the matter goes to court.

DELWP program manager Craig Woodbridge said the patrols were being carried out over the whole bay, with particular attention being given to waters between Blairgowrie and Mornington.

“These patrols will ensure the safety and well-being of the bay’s protected inhabitants such as dolphins and seals, while also educating people on the safe and responsible use of our waterways,” Mr Woodbridge said.

“Boat and jet-ski operators in particular should be aware of their responsibility to take care around marine mammals.”

He said the proliferation of recreational users on the water “can disturb the behavioural patterns of dolphins and other species”.

Boat speeds near dolphins, whales or seals should be five knots “and do not approach the animal. Avoid any sudden changes in speed or direction, and move away if the animal shows any sign of disturbance such as swimming away or diving and remaining at depth”.

Mr Woodbridge said people and vessels must stay at least five metres away from seals on man-made structures.

On land, Parks Victoria has added three “seasonal rangers” to its team on the Mornington Peninsula.

Aaron Lee, back for a second season at Point Nepean National Park, has a background in fisheries and natural resource management.

Based in Mornington Peninsula National Park, Lee French’s role is all about protecting the threatened hooded plover.

“Without summer staff, managing the national parks in light of the peak holiday use would be difficult,” area chief ranger Kris Rowe said.