Battle of the bulge on way back to the top 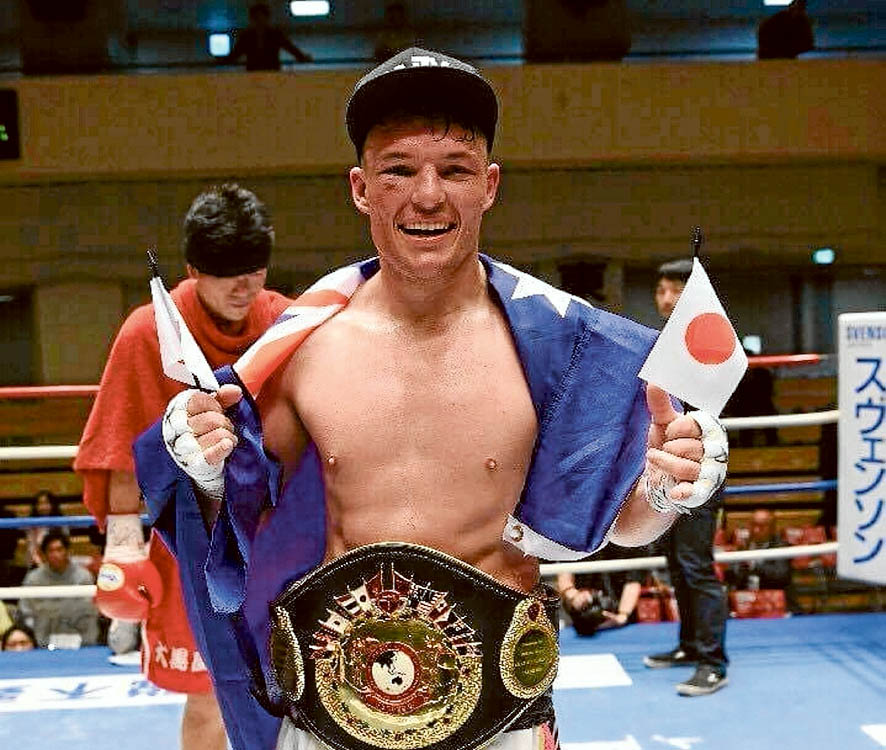 A RYE boxer who had success as an amateur in the middleweight ranks and then let his weight balloon to 130kg before returning to the ring as a professional and rising to be among the top 20 fighters in the world has completed a remarkable turnaround.

Jayde Mitchell, 31, will defend his professional WBC-OPBF super middleweight title in Melbourne in March and looks forward to a possible world-title shot next year.

As confirmation of his success he has been nominated for 2016 Australian Boxer of the Year after a stellar year in which he won six fights in Australia and overseas.

“It’s awesome to be acknowledged alongside so many talented and deserving fighters across Australia,” he said.

Mitchell was “brought up on boxing” and grew up idolising heavyweight champ Mike Tyson and Rocky Balboa of the Rocky series.

“All I ever dreamt of was being a full-time professional champion boxer and, while I enjoyed fighting as an amateur and winning the Victorian and Australian championships, I couldn’t give it 100 per cent,” he said.

Running his own concreting business full time brought its own distractions and in 2011 Mitchell – despite a credible 47-8 record as an amateur – gave the sport away for three-and-a-half years.

That’s when his weight blew out and Mitchell’s life took an oblique turn for the worse.

“I watched on while other guys achieved bigger things but I wasn’t enjoying it,” he said.

“In mid-2014 I decided to come back as a professional and get back into the game.”

That meant “training the house down”, eating the right foods and refocusing his thoughts – as well as shedding almost half his body weight back to his fighting weight of 76kg.

“A lot of blood, sweat, and tears were put into getting me back into condition to the point where I could step between the ropes once again and give the pro ranks a real crack,” he said.

It worked to a degree – with Mitchell still working as a full-time concreter winning the Victorian and regional super middle-weight titles in 2015.

But the rigors of running his business and family life, along with persistent injuries, made the going tough in the ring. “I had a decent business and nice home and a lovely wife but I knew something had to give,” he said.

The catalyst was a shock loss to opponent Ryan Breese in a Malvern town hall super middleweight bout in December 2015.

“I was carrying injuries and had to push through the pain barrier but lost a disputed points decision in a fight I should never have lost,” he said.

“I thought: That’s it. I’ve got to either give it all or give it away.

“I spoke to [wife] Tegan and decided to get rid of the business and sell the house to fund a full time professional career.

Success has followed, with Mitchell claiming “the biggest win” of his career in October: the WBA Oceania super middleweight title against the previously undefeated Shintaro Matsumoto in Tokyo.

His 10th round TKO was at the same venue as Lionel Rose claimed his world bantam belt title against Fighting Harada in 1968.

Other 2016 highlights were beating veteran Nader Hamdan in July and Chilean Arnoldo Poblete in November, with both super middle weight fights held at the Melbourne Pavilion.

His fights are well attended by peninsula residents, with up to 250 local fans travelling to inner-city venues to watch him compete.

Trained by father Len at The Training Ground, Rosebud, as well as AAMI Stadium, Mitchell is confident of cementing his place in the super middleweight top 10 and be in the hunt for a world title shot next year.

Working out at the home base of Melbourne Storm and Melbourne Victory is a recipe for boxing success: “It’s an awesome facility and everything I ever dreamt of.”

Mitchell will defend his WBC-OPBF super middleweight title on Saturday 18 March at the Melbourne Park Function Centre’s Punches At The Park 3. He will be headlining alongside Hosking Promotions’ Quamil Balla although his opponent is not known at this stage.