Unwanted ferals are moving in 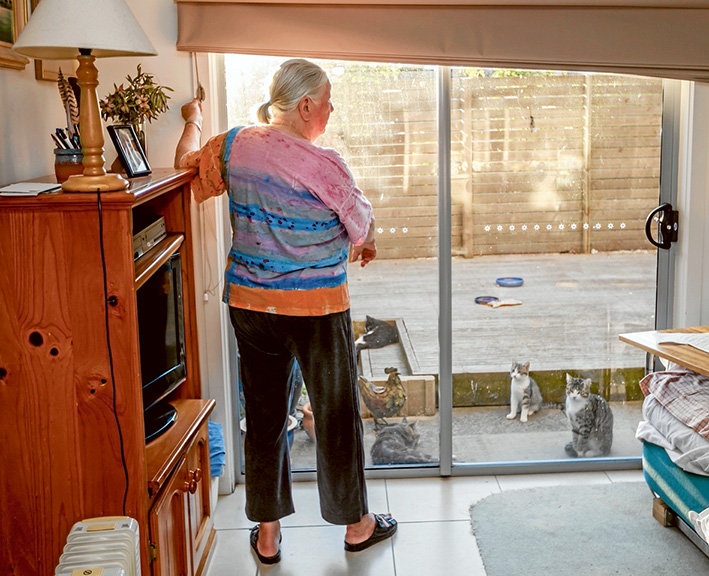 RENATE Luhn has been inundated with stray cats since a vacant block of land in Skinner St, Hastings, was cleared of old car bodies and dilapidated sheds.

The 81-year-old, who has two cats of her own, said the motley lot – of all ages and sizes – were mostly in poor health, even though she described some as gorgeous.

The strays make their presence felt at her Salmon St home in the mornings and evenings, but lie low under the deck on hot afternoons.

Although sympathetic to the cats’ plight, Ms Luhn said they were not welcome. “The place stinks,” she said. “All the males are spraying and it’s awful.”

She said people should take responsibility for their pets.

“People like me do the right thing and care for their animals but there’s no water out for them.

“In hot weather people even keep their dogs inside.”

Ms Luhn said she had asked Mornington Peninsula Shire to help remove the cats and was presented with a cat trap which she said she “can’t even lift”.

In any event, that would only remove one cat at a time, she said.

“I had expected the shire would come and clear them out but [a woman at the shire] said they weren’t allowed to under occupational health and safety rules. So it seems it’s all right for us to get sick but not them.”

Ms Luhn said a neighbour had threatened to shoot the cats because the males were making noise at night fighting and calling to each other. Another said he was going to poison them.

She said she had been advised by a council officer not to feed the cats and they would “go away”.

“But that’s not the answer – that’s just moving the problem somewhere else.”