By IT GullyFebruary 20, 2017No Comments3 Mins Read 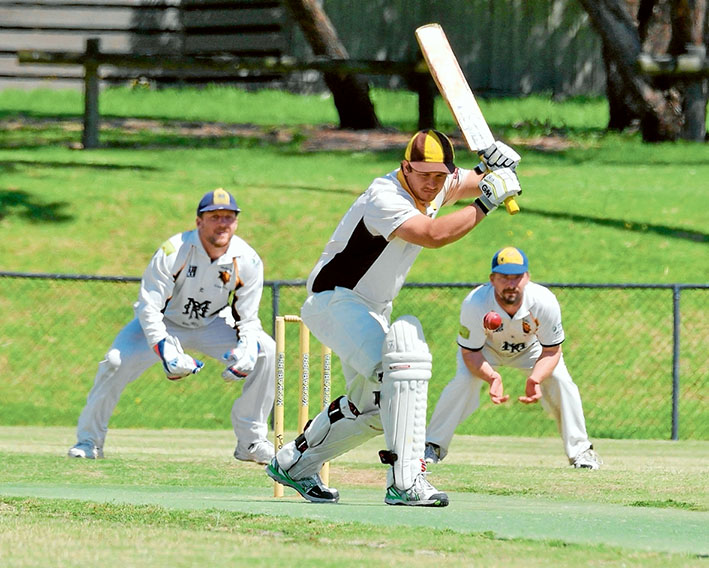 MT MARTHA has some enormous work to do to maintain its position in the top four after the first day of play in MPCA District cricket.

In the final two-day game of the season against Seaford, the Reds will be chasing 277 for victory after Seaford had a day out with the bat on day one of the match.

The Reds’ chances of claiming victory have been made that much harder by the fact that Alex Mason is already back in the sheds after the visitors faced the final 13 overs of the day.

A massive 154 from Ryan McQueen was the key to the big total for Seaford, while Faisal Payenda opened with 26 and Luke McGennisken hit 32 at the end.

Curtis Stone was the pick of the bowlers for the Reds, taking 5/61 from 18 overs, while Kyle bendle and Brett Wilkinson picked up a couple of wickets each.

Mt Martha, who will resume on 1/10, are currently on 74 points and in fourth position on the District ladder. Heatherhill (third) and Main Ridge (second) are also on 74 points, while Delacombe Park (66 points), Rosebud (66 points) and Baden Powell (62 points) are outside the top bracket but ready to pounce.

Delacombe Park is in the box seat to pick up a win and remain in the finals hunt after holding Red Hill to 9/180. Rain stopped play after 77 overs.

Matthew Merifield top scored for the Hillmen with 46, Carl Robinson hit 45, Simon Dart was out for 30 and Nick Esipoff hit a very handy unbeaten 27. He and Jimmy McCall will be hoping for another 20-plus runs in the final three overs this week.

Andrew Stapleton was again the pick of the Delacombe Park bowlers with 4/69 from 29 overs, while Andrew Mock and Lachy Klauer were both run out.

Baden Powell are in a strong position to keep up the challenge for a top four place after bowling out Flinders for 107.

Skipper Rhys Elmi was superb for the Braves with 3/15 off 22 overs, while Taylor Harrison claimed 3/32 from 17 overs. Ryan Barnett picked up 2/13 from three overs.

The Hills batted first and were rolled for 96 with Sam Lyons taking 4/44. Matt Meagher top scored with 26.

While the Ridge didn’t fare much better with the bat, they are still in front at 7/121. Shaun Foster top scored with 35 while Luke Collins (17) and Ed Aarons (19) are the not out batsmen.

Rosebud has plenty of work to do in its match against Rye, despite bowling out the Demons for 94.

In reply, the Buds are 3/23 with Matt Maher, Brian Doughty and Quigley all back in the sheds.

Seaford Tigers have set Boneo a tough task in their match after Ash Mills hit 109 to help his side to 9/265. Jon Plakourakis was also more than solid with 63.

Boneo skipper Leigh Janssen was the pick of the bowlers with 4/60 from 23 overs.