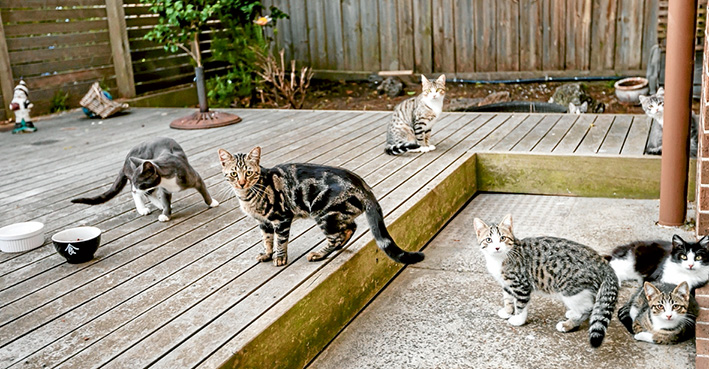 A 1300-SIGNATURE petition calling for the Mornington Community Animal Shelter to open daily to the public failed to get backing at the Monday 20 February meeting.

Cr Sam Hearn later said this meant the council “acknowledges and hears from the community. It receives the petition and understands that concerns are being raised.”

Doris Campbell, of Rosebud, wanted to know why new homes were not found for more lost animals, especially cats.

The petition, organised by Rosie Fisher, of Mornington, urges that the shelter be opened to the public for a minimum of three hours a day without the need to make an appointment.

The petitioners also asked that a “proactive adoption program be implemented using various marketing methods” to find homes for cats, and that the adoption process be simplified.

The petitioners are keen to see a volunteer foster care program implemented, with “full transparency of monthly statistics, and adoption prices for older dogs reduced”.

There is a long running disconnect between the petitioners and the shire over the running of the Watt Rd, Mornington, shelter.

While the shire says it seeks to rehome “all suitable unclaimed animals through its partnerships with 50 community foster care network groups”, the residents say five or six cats are repeatedly put up on the website while most cats in the pound are euthanised.

“It’s got the same animals on it all the time – maybe one or two different ones a week – out of all the cats that are there. If they are not on the site they can’t be rescued,” Ms Campbell said.

“However, animals which cannot be safely rehomed because of behavioural or health issues are humanely euthanised by local vets in accordance with the code of practice for the management of dogs and cats in shelters and pounds,” he said.

Chief finance officer Matt Green agreed there could be a “difference of opinion on the suitability of rehoming some of those animals”.

“But we do certainly list those animals on that site if they are suitable,” he said.

“You can’t just ring up and go there: you have to fill out a form via email and arrange an appointment time. And all visitors must be accompanied by a staff member at all times.

“They won’t do direct adoptions as they say they don’t want to become an animal retail outlet.

“Rescue groups are not being contacted by the shire because they don’t want people going there.”

The shire says a new cattery and customer service area are being built and the domestic animal management plan is due for review later this year.

Environment protection interim manager John Rankine said the review would provide the community with an “opportunity to comment on the standards currently in place”.

Amendments were made to this article on Wednesday 1 March 2017.