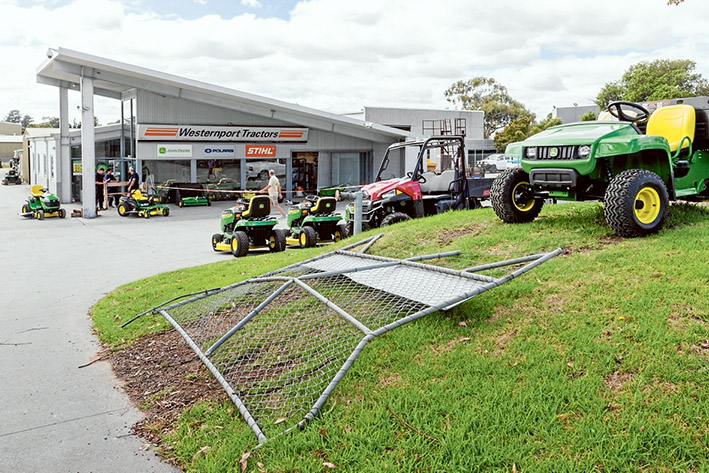 RAM raiders used a small hatchback car to knock down wire fencing and then crash through glass doors at Western Port Tractors, 4.50am, Thursday 23 February.

They stole 26 power tools from the store’s display stand, including brush cutters, hedge trimmers, blower vacs, chain saws and grass trimmers valued at $5000 and caused thousands of dollars damage to the front windows of the outlet in Frankston-Flinders Rd, Hastings.

Detective Senior Constable Brian Whitehead, of Somerville CIU, said the thieves loaded up the Corolla or Kia hatch, which may have been damaged in the raid, as CCTV footage shows it was missing a passenger side mirror.