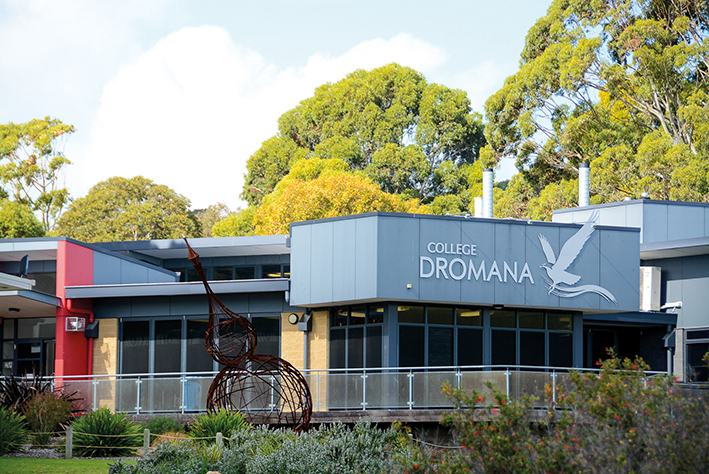 DROMANA College will take on a carnival atmosphere in March when it celebrates its 50th anniversary. Former teachers and students who make up the bands Missing Links, Munster Terrace and a Bruce Springsteen Tribute Band will share the stage along with our performing arts students promoting the college’s upcoming production of the Wizard of Oz. There will also be market and food stalls, memorabilia, an abseiling wall, a petting zoo, face painting and $10 wristbands allowing unlimited carnival rides as well as tours of the college.

The College had its genesis in October 1966, when former Flinders Shire Councillor and Dromana Policeman, George Bishop, called a meeting of parents of prospective students, after trying unsuccessfully the previous year to have a technical school built in Mornington.  Mr Bishop believed the time was right for a technical school to complement the co-educational Rosebud High School and Red Hill Consolidated School and his drive, enthusiasm and no-nonsense approach to his community resulted in the establishment of the Dromana Technical School. The school opened its doors on 8 February 1967 in the former Flinders Shire works buildings and some portable classrooms in Palmerston Avenue Dromana.

There were 109 students from all over the Peninsula enrolled at the school on its first day under Principal Noel Maher, and although he was only at the school for a short time, Mr Maher oversaw the purchase of 11hectares of land on Harrisons Road for the construction of the permanent school.

Mr Green, the second Principal, supervised the $600,000 construction of the academic and trade wing with associated outbuildings, administration building and tennis and basketball courts.