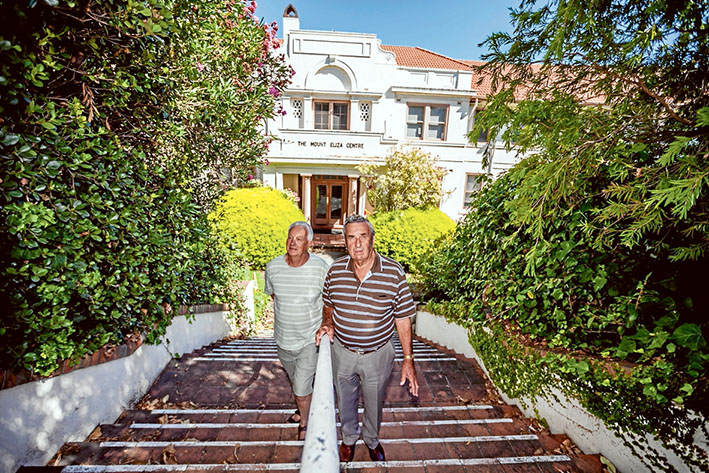 Don Lawson, 83, but only “three or four” at the time, spent many weeks at the 100-bed Royal Children’s Orthopaedic Hospital in 1939 when it cared for children with tuberculosis, osteomyelitis, club foot, curvature of the spine, and infantile paralysis.

He was there to have his feet “straightened”, as was the way in those days, which meant fracturing the bones and resetting them in plaster.

Better memories were of days spent at the nearby beach and the care of the “lovely” nurses.

But, being just a little boy, he was always sad when mum and dad had to leave at the end of their regular visits.

The hospital had open-air wards, summer and winter, with the children exposed to “those two great physicians, sunshine and fresh air, to bring them back to health”, as written up in a visitor’s account of the hospital back in the day.

It says the hospital used “modern medical science [and] all that nature can give to help, under sunny skies and by the blue waters”.

Also in the grounds was an open air primary school where five teachers gave lessons to the older children as they lay in their beds.

The patients also learned weaving, leatherwork and toy-making. Money earned from the sale of items was credited to their State Savings Bank accounts.

Don said the treatment must have worked. “My legs never bothered me again and I had no trouble playing sport as I grew older,” he said.

He later spent many years in the transport section of a milk company and was visiting Mornington last week and staying with Geoff. “The old hospital looks dilapidated now but it would have been lovely then,” he said. “Now it seems to be falling apart.”