Minister yet to roll on skatepark plan 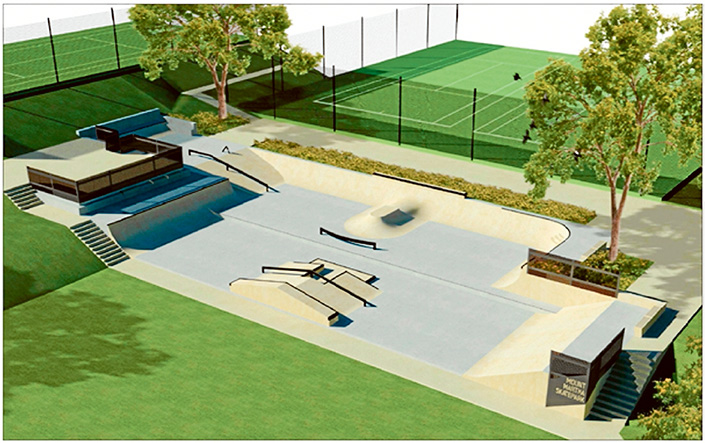 STATE Planning Minister Richard Wynne is now the deciding factor in whether or not a skateboard park is built close to Mt Martha Tennis club’s courts.

Mr Wynne has been asked to approve changes to the Mornington Peninsula planning scheme enabling the shire to compulsory recover land it has leased to the tennis club until December 2023.

The shire’s property and strategy manager Yasmin Woods expects to get the all clear to advertise the proposed planning scheme change “in the next two to three months”.

The shire’s grand plan for a $825,000 skatepark on the former parade ground came to a halt when it was realised the chosen site – approved by Heritage Victoria – was leased to the tennis club.

“All changes to the Mornington Peninsula planning scheme require the Minister for Planning to give us the approval to begin the process to amend the planning scheme,” Ms Woods said last week in response to inquiries from The News.

“In this instance, the planning scheme is required to be amended to introduce a public acquisition overlay to the land in order to allow council to acquire the land required for the skate park.”

The skatepark has been problematic since being added to the shire’s major projects list in 2012.

The theory of balance and speed combining for a successful outcome is more easily obtained for a skateboarder taking a vertical drop than for the planning department to clear the way for the skatepark near Mt Martha House at the corner of the Esplanade and Kilburn Grove.

Nine months ago, after councillors became aware of the problem with the lease, they were also told that it could only be revoked “by agreement”.

The tennis club continued to refuse to give up its rights to the land and the council was forced to seek the minister’s help.

In an earlier report to council Ms Woods said the design of the skatepark is site specific and approved by Heritage Victoria in 2015, three years after being endorsed by council.

No explanation was given as to why Heritage Victoria would approve a skatepark but not a tennis court.