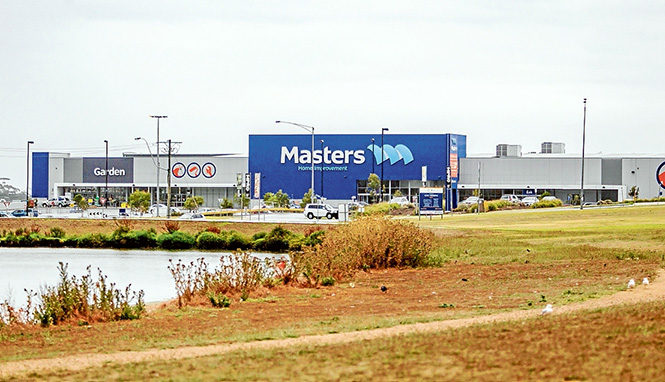 AN application for a $4 million “mega” supermarket on the site of the former Masters store on Mornington-Tyabb Rd is causing concerns among planners.

Mornington Peninsula Shire Council is assessing a request from Home Investment Consortium Company to convert the existing building for use as a supermarket and other retail outlets with a variation to car parking layout.

Coles, which already has a supermarket at Mornington Central shopping centre, could be eyeing the giant site for a second store, although it was non-committal last week.

Rivals Woolworths and Aldi each have two supermarkets in Mornington: Woolworths at Mornington Village and Bentons Square and Aldi in Main St and the Homemaker Centre, off Nepean Highway.

A new Mornington-Tyabb Rd base would be ironic for Coles as it would give parent company Wesfarmers a grip on the local headquarters of its former rival, placing it between the two Woolworths’ stores.

The mayor, Cr Bev Colomb, said she did not know which of the supermarket giants was behind the application, which will be considered at council’s April meeting.

However, she is concerned about the preservation of the town’s retail “hierarchy” if the application is successful.

“The state government gave provision for supermarkets up to 1800 square metres to allow smaller supermarkets to get a foot in,” she said.

“The as-of-right 1800 square metre rule remains, yet this application is for 4250 square metres, with five or six large bulk goods stores in there as well.

“The state government rezoned areas for companies the size of Masters, such as we had in Mornington, and we have ended up with that site and we want it to prosper.

“Our concern is the sheer size of a supermarket at 4250 square metres.

“Establishing large bulk goods stores on the site doesn’t bother me, but we would have to put a lot of thought in before we allowed such a very large supermarket [to be established] out of town.”

The mayor said the shire would “not like to see the ripple effect on other shopping centres in Mornington which would involve a loss of jobs”.

“We must do our homework as to where there is a new large mega supermarket – we have never had such a large supermarket. We must do our proper due diligence while maintaining the right balance of large and small enterprises.”