Cruden Farm plan on the way 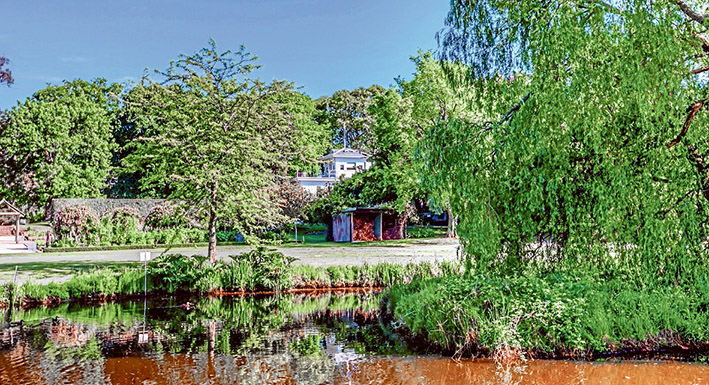 CHANGE may be coming to Cruden Farm amid signs a property developer is showing an interest in the Langwarrin homestead.

The idyllic 54-hectare estate was Dame Elisabeth Murdoch’s home for eight decades before her death in 2012 at the age of 103.

The estate was transferred into the name of Cruden Custodian Limited in 2013 and its trustees include several grandchildren of Dame Elisabeth but not the media mogul himself.

Its gardens are sometimes open to the public and the estate hosts community and charity events at the behest of Dame Elisabeth who was a renowned philanthropist.

“The intention of the proposal is to secure the long-term future of Cruden Farm so that it can be enjoyed by the people of Victoria in line with the wishes of Dame Elisabeth Murdoch,” she said in a statement.

Places Victoria, the authority formerly known as VicUrban, has advised Mr Macdonald is not a current non-executive director of VicUrban or Places Victoria.

“From late 2008 to early 2012 Hamish had a contract based role with the Victorian Department of Human Services,” the LinkedIn profile states.

“In this role, Hamish had responsibility for the creation of any new social housing in Victoria and the ongoing maintenance of the existing portfolio of 73,000 public housing dwellings.”

Calls to numbers linked with UEG Pty Ltd were not returned.

Frankston mayor Cr Brian Cunial confirmed the future of the estate has been discussed at council.

“We have met with representatives of Cruden Farm on several occasions to discuss options and opportunities that will ensure its sustainable future and availability and access for our community,” he said.

“Any subdivision of Cruden Farm would require a planning scheme amendment and planning permit. Council has not received any application in relation to Cruden Farm.”

Any subdivision less than eight hectares would have to be approved by state Labor Planning Minister Richard Wynne and ratified by both the Upper House and Lower House of Parliament in Victoria.

The property is also subject to environmental significance and heritage overlays.

CLARIFICATION: This article was amended on 3 April 2017 to confirm a LinkedIn profile states Mr Hamish Macdonald is a non-executive director of VicUrban.

Places Victoria, the authority formerly known as VicUrban, has advised Mr Macdonald is not a current non-executive director of VicUrban or Places Victoria.

A ‘Hamish MacDonald’ was reported to be a former VicUrban director not reappointed in 2011.