Singing journalist does Sinatra his way 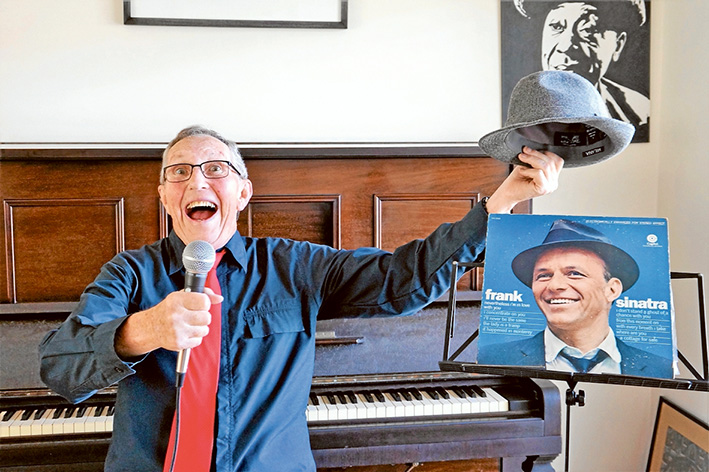 VETERAN journalist and singer Barry Morris feels as though he grew up with singer Frank Sinatra.

“His music has been a background musical score to my life,” Morris, a former jazz writer and sub-editor with Sydney’s The Daily Telegraph, said this week.

Two years ago, he and his wife Jill moved to Mt Martha to be closer to their children and grandchildren.

Born in 1941, Morris says he became aware of The Voice when Sinatra was recording hit after hit for radio, well before the advent of television.

“It was his years with Capitol Records from 1952 to 1962 that he recorded some of his finest work on albums such as Songs for Young Lovers, In the Wee Small Hours, Come Fly with Me and Come Dance with Me,” Morris said.

“It was only later that I realised what a superb singer he was. Of course, he worked with, and was influenced by, some of the great jazz musicians of the day.

“I like the quote attributed to Bing Crosby, ‘Frank Sinatra is a singer who comes along once in a lifetime, but why did it have to be my lifetime?’”

Morris, who used to sing at Soup Plus, the former jazz restaurant in Sydney, has “cleaned up” his vocal cords and is going for a “Thanks Frank” one-off gig at the Frankston Bowling Club on 23 April.

He will perform some of Sinatra’s best-known songs as well as some not necessarily associated with the US singer.

“Sinatra recorded some 2000 songs in a career spanning more than half a century. There was the young Sinatra, the middle-aged Sinatra and the older Sinatra – I hope to capture the spirit of Sinatra,” Morris said.