Roped into a more lawful way of life 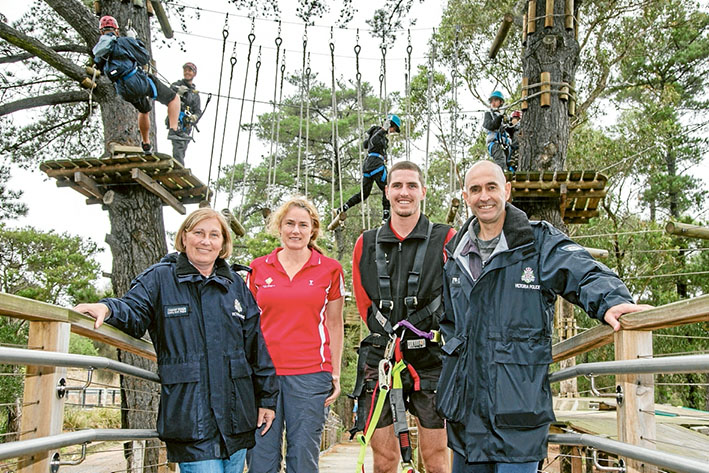 LEARNING the ropes takes on a new meaning when it’s backed by a court order.

For the past 10 years many young offenders have been “sentenced” to teaming up with police to take on the challenges posed by a giant swing and tree top ropes.

And the results, according to the Ropes Program organisers at the YMCA’s Camp Manyung, Mt Eliza, is that 90 per cent of the young participants have not reoffended.

The program was established under a partnership between Victoria Police, Dandenong Children’s Court, Sport and Recreation Victoria and YMCA Camp Manyung to give first time offenders under 17 a second chance and help persuade them that there is little value in adopting a life of crime.

“At first, when the young people arrive at camp, they are generally apprehensive and sit around on their phones. By the end of the day their attitudes have shifted; they are engaging with everyone and thinking more positively about their future,” the YMCA’s Mike McInnes said.

“The program demonstrates that the power of the great outdoors and the right organisational partners working together can contribute to building a safer local community and empower vulnerable young people to make positive change.”

Senior Constable Leanne Cooper said about 90 per cent of young people participating in the program over the past decade “have not reoffended, which is testament to the positive impact of the program”.