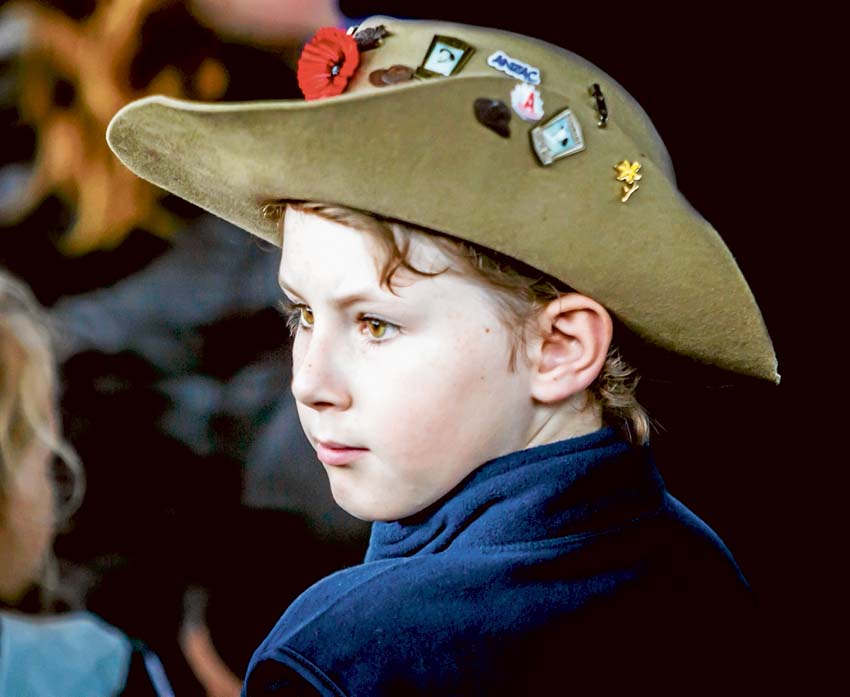 WET weather didn’t dampen community enthusiasm for last week’s Anzac Day commemorations – it may have even enhanced the solemnity of the occasion.

Large crowds flocked to dawn services and gunfire breakfasts across the Mornington Peninsula, and marchers of all ages showed their support for veterans and their sacrifices overseas.

Mornington saw “possibly the largest crowd we’ve ever had” at the dawn service, gunfire breakfast and march.

Venue manager at Mornington RSL, Keith Buddle, said the Virginia St club was “full to overflowing” for breakfast and refreshments with a game of traditional two-up adding to the excitement at lunch.

Main St was packed for the march from Queen St up to Memorial Park in Barkly St.

“We had more children this year, which was heartening, and they really seemed to take an interest, which was good,” Mr Buddle said.

At Flinders, RSL secretary Christopher Johnstone said up to 800 people attended sub-branch services and the 10.30am march from the hall in Frankston-Flinders Rd up to the cenotaph at the top of Cook St for the service.

“It was a good day with the weather kind to us,” Mr Johnstone said.

Guest speaker was Lieutenant Commander Peter Day, of HMAS Cerberus, and the Australian and New Zealand national anthems were sung by pupils in the Rye Primary School choir. Four captains at the school recited tributes to Anzac Day and then sang Lest We Forget.

Prayers were said by the Rev Dr Andrew Bunting and the Rev K Hui Lim. The Last Post and Reveille were played by bugler Daniel Lewis.