Author talks the walk into print 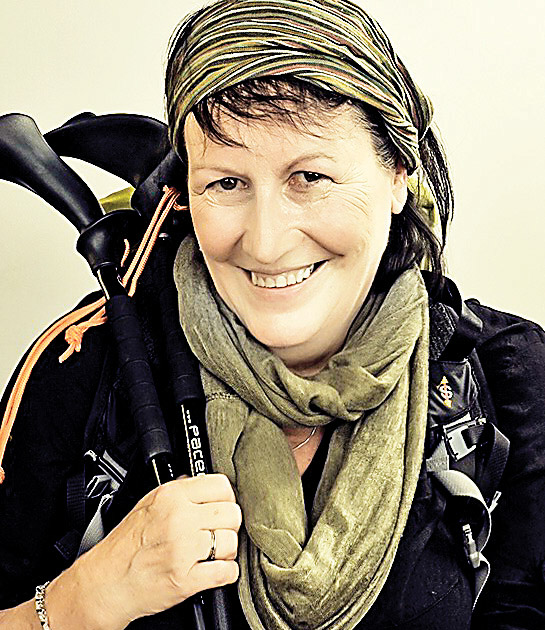 WHILE many people plan a huge party when they reach the milestone age of 60, it’s not something Somerville grandmother Margaret Caffyn contemplated.

She had a calling to walk solo the 800 kilometre Camino trail in Spain.

So what makes a successful career woman pack it all up and walk alone on one of the most historical pilgrim paths in the world? At first it was to find herself after all those years being “everyone’s someone” – mother, wife, daughter, friend and employee.

“I felt I had lost myself,” Caffyn said. However, the more she delved into the journey, the more she realised it was actually “a calling”.

“It called me in a spiritual way. When this happens, you have no control and you realise that it is no longer your decision, you have to answer the call,” she says in her book.

“I found myself being swept up in a spiritual way that I had never experienced before.  I felt that I was reminiscing … that I had already walked this path, perhaps in a previous life. It felt so familiar.

“I pondered about the thousands of feet that had trudged along the path, the Romans, Napoleon’s troops, priests, thieves and robbers, but mostly the devoted Catholic pilgrims. I was humbled. I could almost feel their energy seeping up through the ground and into my feet.”

The further along the rocky roads Caffyn walked, the less time she spent thinking about her home, her job and her life which she had thought was on track, like most women her age.

While on long service leave from her secure role as administration manager to a bayside doctor, she soon realised that there was another corner to turn. She returned home, left her job and started on a new journey.

Caffyn will discuss her adventure, answer questions and meet others who braved the walk at her book launch, 4-6pm, Sunday 4 June, at the Wholesome Nest Cafe, 642 Nepean Highway, Carrum. $1 from every ticket sold will go to Motor Neurone Disease (Victoria) in memory of Caffyn’s husband, and also his father, who passed away from the disease.