Bonbeach on the rise 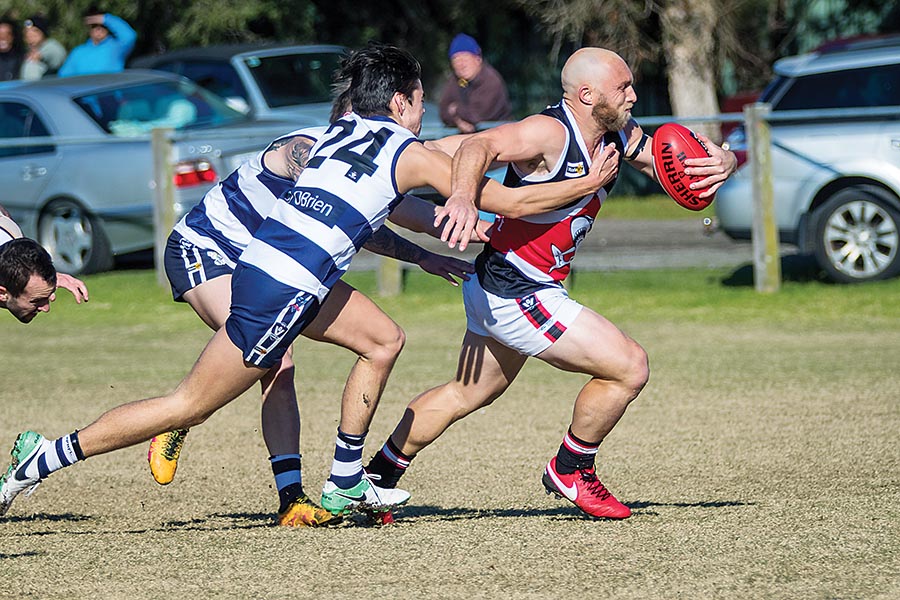 BONBEACH is a better football team than it was in 2016, are more disciplined and have added maturity, according to Chelsea coach Brett Dunne.

In the stand-alone Peninsula Division game on Saturday, traditional rivals Chelsea and Bonbeach went toe to toe at Chelsea Reserve.

Trent Dennis-Lane booted nine goals in the match, including four in the first quarter.

“Jackson Casey and Macca (Shane McDonald) got off the leash in the middle in the second half and really set the scene,” Dunne said.

“Dennis Lane kicked four out of their first five. He was certainly a handful. Four players had a go at him but he was a class above. He’s a really good lead-up player and they hit him. You can’t give him too many chances because he kicks straight. I was certainly happier when they pushed him higher up the ground,” he said.

Dunne said he was happy with his team’s performance in the first half.

“Our guys played a really good first half again. We can take on the opposition’s game style early but we can’t impress our own style enough,” Dunne said.

“Bonbeach’s run and receive handball is one of the best and highest in the competition. We took it away from them in the first half but they got it going in the second half.

“They were really disciplined. They’ve got some maturity in the group now and are right up there with the best in the competition,” Dunne said.

Bonbeach coach Steve Hughes said he was happy to play the game on Saturday and have a bye ‘in the bank’ later in the year.

“We were pretty keen to make that happen. I think a rest later is more valuable,” Hughes said.

“We were happy to come away with the four points.

“We lost Justin Bennett a couple of weeks ago, we went in without Mark Tyrrell and Gary Carpenter got concussed before half time. Our rotations were down.

Hughes said Chelsea had improved greatly from the team it played six weeks ago.

“You can’t compare them from where they were then. They controlled the game against Frankston YCW early and did again on Saturday,” Hughes said.