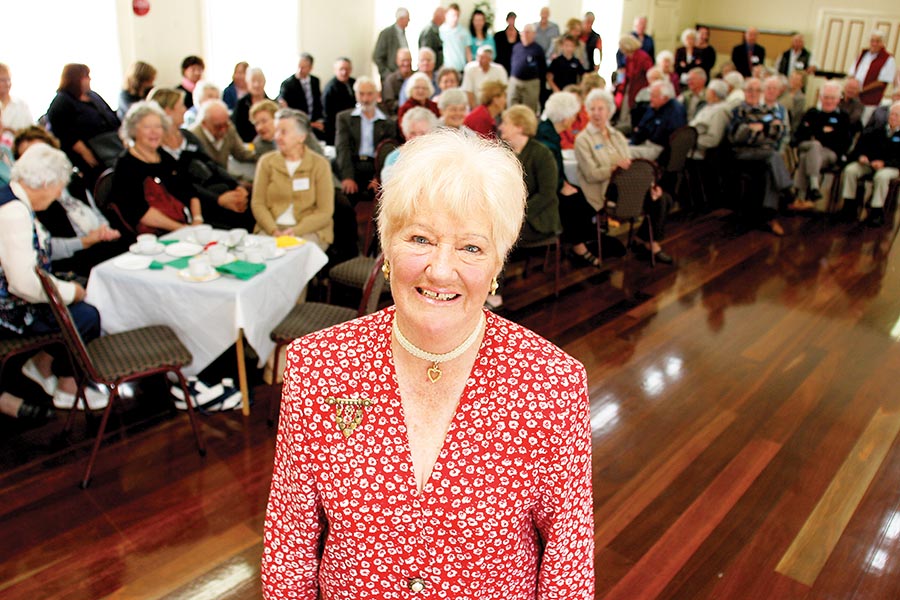 A WOMAN who competed in the 1956 Olympic Games as a teenager was among Mornington Peninsula people awarded an OAM on the Queen’s Birthday.

Marg McLean of Mornington was given the Medal of the Order of Australia for service to masters sport and the community.

Ms McLean was a champion at shot put, discus and javelin, and competed in shot put at the Olympics at age 17 under the name Margaret Woodlock where she finished 12th.

She was Australian shot put champion for six years between 1957 and 1962, and Victorian champion in shot put and javelin between 1956 and 1960.

In the 1990s and early 2000s Ms McLean competed in masters games, winning gold, silver and bronze medals in shot put, discus and javelin at Melbourne and Brisbane.

She was also involved in administration through the Victorian Olympians Club and was a volunteer at the 2000 Sydney Olympics as well as a torch-bearer when the relay went through Frankston.

Ms McLean’s community activities have included volunteering for the Red Cross, which she joined in 1964 and with which she held senior roles; Sports Medicine Australia (promoting first aid); and Girl Guides Victoria including as a member of the state council.

The OAM was awarded for service to the community through a range of roles including as a bail justice since 2012, a Justice of the Peace since 2003, and Tyabb firey since 2002.

Ray Morgan received his medal for service to the community through health and education programs.

Mr Morgan contributed to a DVD called Living with Younger Onset Dementia, and appeared on the SBS program Insight in 2015 talking about his experiences of living with younger onset dementia.

Nat White is a living legend on the peninsula as a pioneer of winemaking in the modern era (wine grapes had been planted as early as 1886 but these vineyards had been abandoned by the 1920s).

Mr White and his wife Rosalie bought a failed lemon orchard at Red Hill in 1975 and, inspired by their travels in France the previous decade, planted seven experimental grape varietals. Main Ridge Estate winery was opened in 1978. They pressed their first vintage in their kitchen at home in Mt Eliza in 1979 – 20 litres. The first commercial vintage came the following year, and the Whites were granted the first cellar door liquor licence on the peninsula.

Last Monday, Mr White was awarded an OAM for service to the wine industry.

The couple ran the winery for almost 40 years, selling the business in late 2015 to the Sexton family and retiring to Flinders, although Mr White remains a consultant.

His OAM citation states that he was the peninsula’s first qualified winemaker, a foundation member of Mornington Peninsula Vignerons Association and a committee member for 36 years, and a ‘consultant, mentor and educator to winemakers for 40 years’.