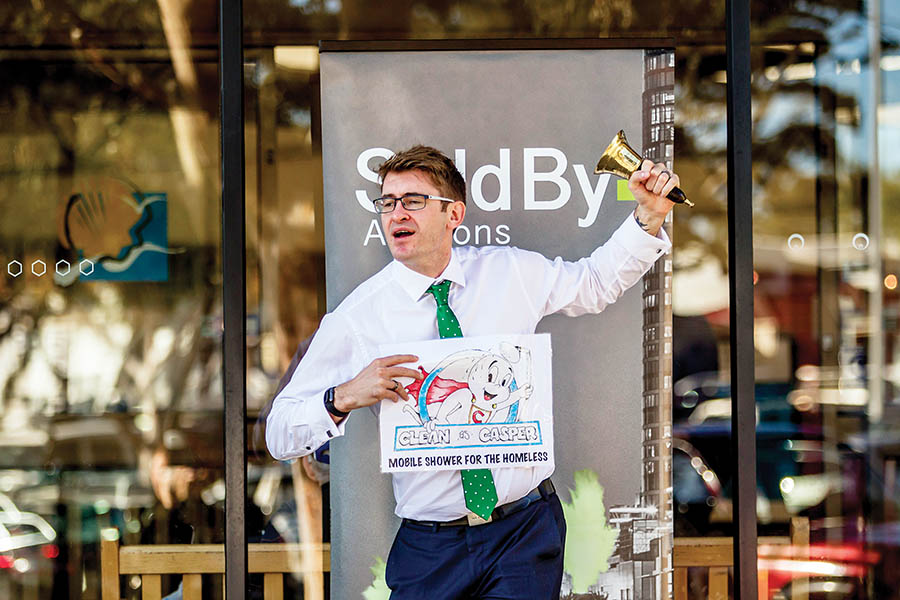 AUCTIONEER Andy Reid will be wielding his hammer and hoping his voice will draw a crowd of football fans when he steps up at Mornington’s Wednesday market on 28 June.

Money raised from the sale will go to Clean as Casper mobile showers, a charity which provides a mobile shower service for homeless people.

Clean as Casper was started in 2015 by Steve and Adele Winterton after Steve had been a volunteer with Orange Sky Laundry, a mobile laundry for the homeless.

“Most people have the luxury of starting their day with a nice warm shower, and in the evening, after a long hard day, we again have the opportunity to have a warm relaxing shower and wash our day away,” Mr Winterton says.

“This ritual can make us feel better immediately, and helps improve our frame of mind.”

He says there are more than 2500 homeless people in and around Melbourne, including 600 in Frankston.

“After a rough night’s sleep in the cold, the rain, the heat and humidity, they start their day exactly where they left off the night before and do not get to finish it by washing away their day.”

Mr Reid his charity auction “concept” was aimed at helping charities “raise some money without having to put huge amounts of effort in”.

“I’m so proud to be able to use my skills as a professional auctioneer to bring a shopping centre to a standstill for charity- not only for the funds raised but also the increased awareness towards great causes,” he said.

“For me, this is a quick and easy way to help them to reach their goals.

“I’ll be excited to see the reaction of the crowd. We’ll be live-streaming the auction too, so the event will be seen around the world.”