Pressure on state over three-storey houses 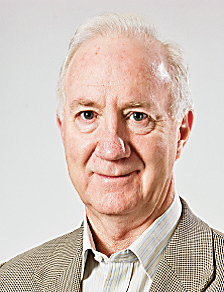 PRESSURE is mounting on the state government over planning changes that will permit three-storey houses up to 11 metres high in 10 towns on the Mornington Peninsula.

A meeting to explain the changes will be held at Hastings on Thursday (22 June) night with leading Melbourne planning specialist Professor Michael Buxton as guest speaker. Professor Buxton of RMIT University spent 12 years in senior management with Victorian government planning and environment agencies in the 1980s and 1990s, and has been a frequent critic of planning changes made by both Labor and Coalition governments.

At a rally in Melbourne on 8 June, Professor Buxton warned the changes would benefit the development industry at the expense of residents, including those on the Mornington Peninsula.

Last Friday Mornington state MP David Morris was expected to meet with shire councillors and shire officers to plan how to best oppose the changes, which he said were counter to the provisions of the Mornington Peninsula Localised Planning Statement of 2014.

Members of peninsula community groups have been emailing and phoning each other since the Hastings rally was announced by shire councillor David Gill. “How can we stop these changes?” has been the rallying cry.

Peninsula Speaks, set up by Peter Avery and Christine Haydon in 2008 to promote protection of the environment, is co-sponsoring the planning meeting, which will be held at 7pm on 22 June at Hastings Community Hub, 1973 Frankston-Flinders Rd.

In state parliament on 7 June, David Morris said the planning changes meant “buildings of up to 11 metres and potentially three storeys can now be constructed without a permit”. Mr Morris said this was “being implemented across the Mornington Peninsula, and … will undoubtedly destroy forever the intrinsic coastal character of our towns and villages”.

He said changes to the general residential zone were in conflict with the Mornington Peninsula Localised Planning Statement, which was released in 2014 to great fanfare during the term of the Liberal-Nationals state government.

The shire’s mayor in 2014, Cr Antonella Ceil, welcomed the planning statement and described it as a “monumental moment” in the history of the Mornington Peninsula.

“As Melbourne’s population rapidly accelerates towards eight million by 2051, the peninsula will continue to play a range of complementary roles in tourism, recreation, agriculture and manufacturing, but our community is clear that we are not ‘suburbia’, and don’t want to be.”

Peninsula Speaks co-founder Peter Avery said his group would offer to coordinate opposition to the planning changes. “We need to firewall the peninsula from Melbourne suburban development.”