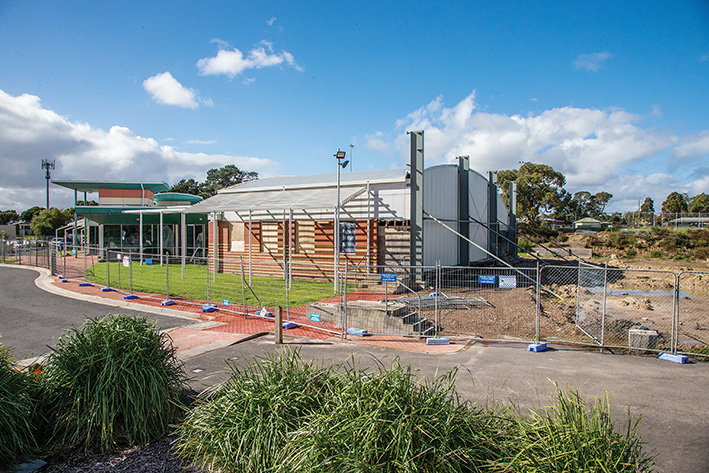 SPECIALIST sports consultants have been hired to source state government money to rebuild the Somerville Recreation Centre which burnt down in May last year.

Mornington Peninsula Shire has set aside $750,000 in its 2017/18 budget to get the project up and running “while discussions with the insurers continue”.

The likely completion of the tender documentation process for the Edward St centre is the end of September.

The shire has Otium Planning Group to oversee the funding application to Sport and Recreation Victoria’s 2018-19 Better Indoor Stadiums Fund towards the $3.5 million four-court stadium.

Otium’s website says it provides services in planning, facility development, management and funding for the sport, recreation and leisure industries throughout Australia, New Zealand and Asia Pacific. It has an office in Melbourne.

Somerville Recreation Centre’s administration manager Dale Jaensch said in a letter to the club’s 1500 members that Otium’s appointment was one of the “recent developments” in rebuilding the centre.

He said a meeting to discuss the project in late May was told the shire “would like to address rumours that the venue was under-insured for such an event, which is incorrect”.

Mr Jaensch said the council had identified a “lack of communication” with residents and club members as “an area for improvement” in the rebuild.

He said the appointment of a project working group would “help circulate project progress-and-milestone dates to the wider community”.

“With the establishment of this working group, Western Port Basketball Association will have more information available to its members in the future,” Mr Jaensch said.