Seawall to ‘save’ Portsea beach 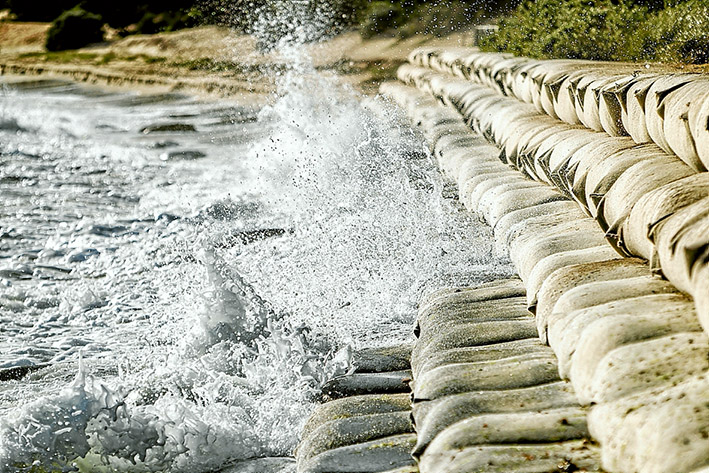 THE Department of Environment Land Water and Planning (DELWP) is about to begin designing a rock seawall to provide “long term protection” to the foreshore and beach at Portsea.

The department says other works will improve access to the beach east of the seawall.

The decision to replace the existing sandbag seawall with a rock seawall follows the completion of an independent options assessment by consulting firm Advisian.

Cost of the project is put at $3 million, well below the $20.42m estimate for the “permanent solution” option contained in the Advisian report.

“The erosion at Portsea front beach is a complex issue and I understand the concerns of local businesses and residents who value the beach,” DELWP regional director (Port Phillip) Kelly Crosthwaite said.

“In reviewing other options assessed and put forward by the community, we considered the high estimated costs involved, as well as their technical uncertainty and potential impact on other parts of the coast.”

Advisian said that only two of the five options tackled the causes of erosion along 400 metres of the beach near Portsea pier.

The consultants warned that doing nothing and removing rocks and sand bags laid to protect the beach will “result in the loss of some existing foreshore buildings within 10 years”.

If adopted by the Department of Environment, Land, Water and Planning (DELWP) the preferred “configuration dredging” option would have cost an estimated $20.42m and taken three years to complete, including nine months of construction.

“Of the options considered, only the dredged configuration and breakwater options address the primary cause of erosion at Portsea front beach,” the Advision report stated.

The five options and costings follow an earlier report in January 2016 and background notes provided by the department which acknowledged that swell waves from Bass Strait had caused Portsea’s sand loss but did not mention channel deepening in 2008-09, the biggest and most recent change to the Port Phillip seabed.

Most of the beach was washed away in 2010 and the government then spent about $3 million to replace lost sand and protect the beach with sandbags and rocks.

The authorities had repeatedly said the beach was destroyed by natural causes such as storms, higher sea levels and natural erosion (“Rocks for Portsea beach”, The News, 8/8/13).

The options assessment is available at www.coastsandmarine.vic.gov.au/coastal-programs/portsea