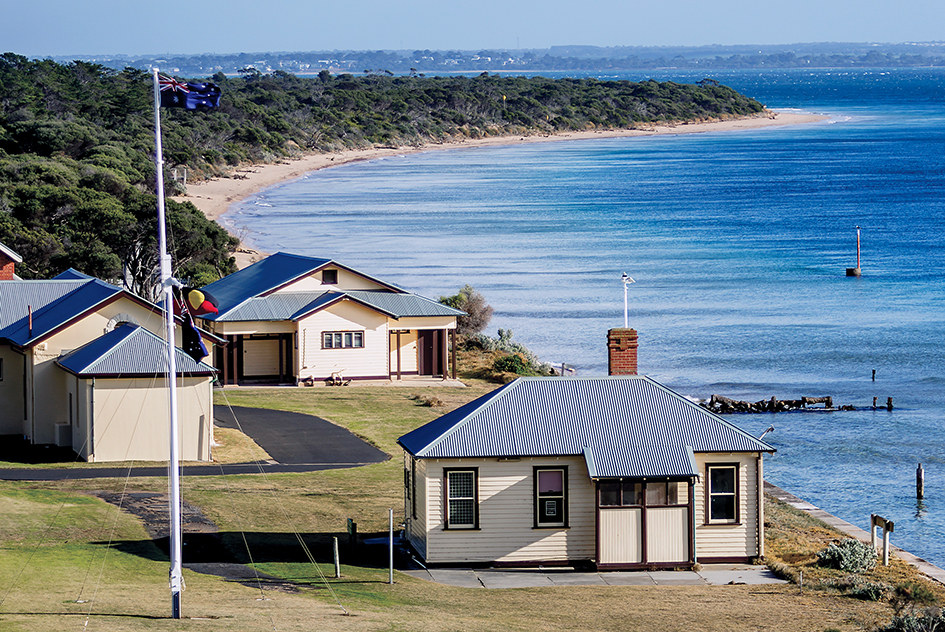 PARKS Victoria expects to release a master plan in September for the use and development of Point Nepean National Park.

The plan will be largely based on one adopted by the Labor state government in 2010 but jettisoned by the Liberal-led Coalition in the lead-up to the 2014 election.

The current Labor government reportedly paid at least $1 million in 2015 to buy out a 50-year lease the Coalition had entered into with the privately owned Point Leisure Group for a health and wellness retreat with hot springs, a spa, restaurant, hotel and conference centre.

In a 10 February letter to Parks Victoria, Point Leisure Group said it disagreed with a reference to its lapsed lease contained in the draft master plan. “The lease lapsed because we allowed it to lapse as the relevant planning controls were not implemented to facilitate the development.

“We agree with many of the recommendations outlined in the [draft] master plan, in particular the suggestion the area should be leased to numerous operators, not one sole tenant. Our original proposal sought a similar outcome for the site with smaller lease footprints, however it was the previous government’s intention to lease the entire space to the one operator which came with responsibilities that should not have been forced upon a single tenant.

“We sincerely appreciated the then minister’s repayment of our costs in a very timely manner, however note our financial commitment to the project far exceeded this and demonstrates our intense commitment to see a positive outcome for the future of Point Nepean.”

The letter stated Point Leisure Group “remain open and positive to working with the government to see a successful outcome for the area”.

Colin Watson, of the Nepean Ratepayers Group, in a submission to Parks Victoria, said “a much simpler way forward [to adopting a new master plan] would be to re-engage with Point Leisure Group and work with them to see if there were any opportunities that they could develop to fine tune their original proposal”.

In reviving the 2010 master plan Parks Victoria embarked on a public relations exercise that involved a series of public meetings, inviting comments from the public, “stakeholders” and community groups.

Parks has since published a consultation summary report – “an overview of key themes heard” – based on feedback from the various meetings and submissions.

Submissions ranged from individuals to environment, heritage and historical groups as well as Film Victoria (which promotes the use of Point Nepean to filmmakers), the University of Melbourne, and Victorian National Parks Association.

One letter pointed out the inadequacy of the “verbal sludge” in the draft and said it had been sent to “Don Watson, of Weasel Words fame, and [we would] not be surprised if it featured prominently in the next version of his book”.

Nepean Conservation Group sought the meaning of “sustainable” when applied throughout the draft master plan.

“Under the AHA 2006, it is an offence to harm Aboriginal cultural heri­tage without valid statutory authorisation, whether it is a registered place or not.”

In its submission, Mornington Peninsula Shire expressed “overall support” for the revised plan, adding that it should retain its role as the “responsible planning authority” for the national park.

The shire’s strategic planning manager, Allan Cowley, said key issues for the shire included the “potential for use by the shire” of the now-unused visitor centre at the entry to Point Nepean; design and management of a jetty “having regard to the difficulty of controlling access by personal water craft”; the need for cooperation between the national park and the shire-controlled Police Point Park; and the “form and terms” of expressions of interest for commercial uses within the national park.

The shire said it wanted to be a member of an “inter-agency reference group” to oversee implementation of the adopted master plan.

Friends of Point Nepean National Park said the Mornington Peninsula Planning Scheme was inadequate and “will not protect the Quarantine Station from inappropriate overdevelopment”.

“There was broad support for the draft master plan, with some key areas requiring further attention. The planning team is currently working through the important issues raised during the consultation,” a statement issued by Parks Victoria said.

“We anticipate the final master plan will be available from September 2017, at which time further details and notifications will be sent.”

“However, we have some concerns that the proposals for visitor experience of the Quarantine Station precinct do not sufficiently emphasise the functional connections between the buildings and hence the overall unity of the site historically,” Judith Smart, of the society’s heritage committee, stated.

Nepean Historical Society’s submission dealt mainly with the national park’s Quarantine Station precinct and urged the creation of a “comprehensible walking tour that traces the immigrant story from the arrival jetty through disinfection to accommodation and messes to isolation hospital, morgue and cemetery, irrespective of what adaptive re-use is assigned to each of the single Quarantine buildings on the route”.

Mornington Peninsula branch of The Greens said the draft plan made no allowance for the effects of climate change.