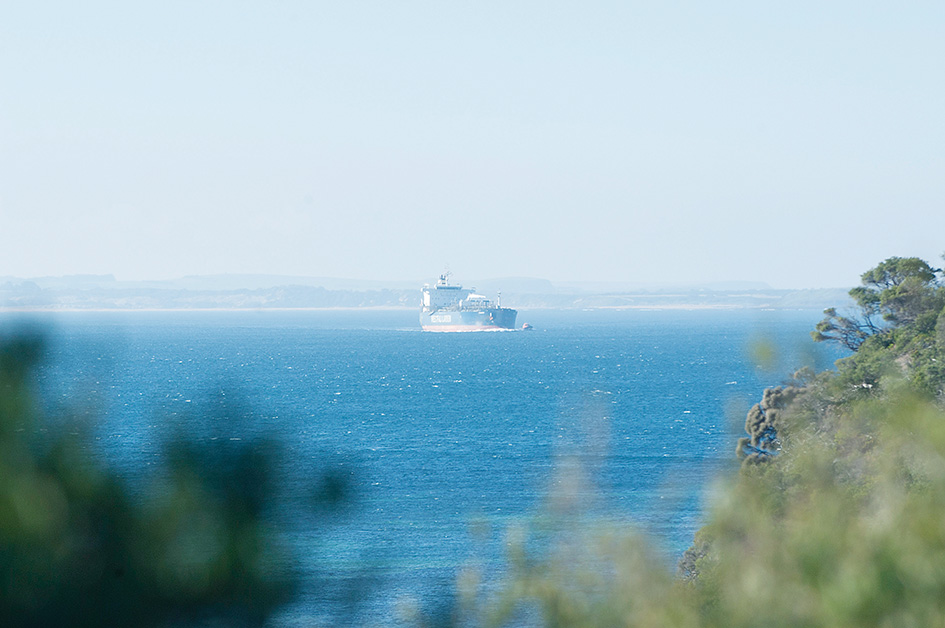 WESTERN Port may play a role in easing Australia’s energy problems if energy supplier AGL goes ahead with a floating gas terminal at Crib Point.

The terminal moored at the end of the jetty would warm chilled LNG into gas to be fed straight into a pipeline for the domestic market.

Although Victoria produces more gas than it uses from fields in Bass Strait, the LNG would be imported from elsewhere in Australia and overseas.

LNG is exported from the Esso plant at Long Island Point, Hastings, a few miles north of the proposed import site at Crib Point.

“As a major player in the energy industry, AGL is working hard to deliver reliable and affordable energy to increase competition in the gas market for domestic and industrial customers.”

Mr Wrightson said tankers up to 290 metres long would bring the LNG to the jetty.

As well as Western Port, AGL is also doing feasibility studies for a gas terminal at Port Adelaide in South Australia and Port Kembla in New South Wales.

Its preferred location will be announced “in coming months”.

“Before a site is selected, our investigations will include discussions with local communities about their questions and concerns, including managing risks from transporting hazardous materials, safety, security, and environmental protection,” Mr Wrightson said.

He said AGL has started “consulting with the project’s potential neighbours and local community groups” and has already told state and federal governments about “the broad scope of the project”.

“Community consultation so far has highlighted the importance of various environmental aspects including the protection of seagrasses and other flora and fauna and assessing the need for a manned fire tug and other fire safety services as a precautionary measure near the ship,” Mr Wrightson said.

“The community has also mentioned that the channel is quite narrow at points, which could be challenging given the length of the ships.

“AGL has given this some thought and will conduct a technical assessment of ship manoeuvrability at the three potential sites.

“AGL emphasises that while no decision has been made yet to proceed with the project, initial studies have shown that the project may be commercially viable.”

Mr Wrightson said AGL was “working hard to deliver reliable and affordable energy to increase competition in the gas market for domestic and industrial customers”.