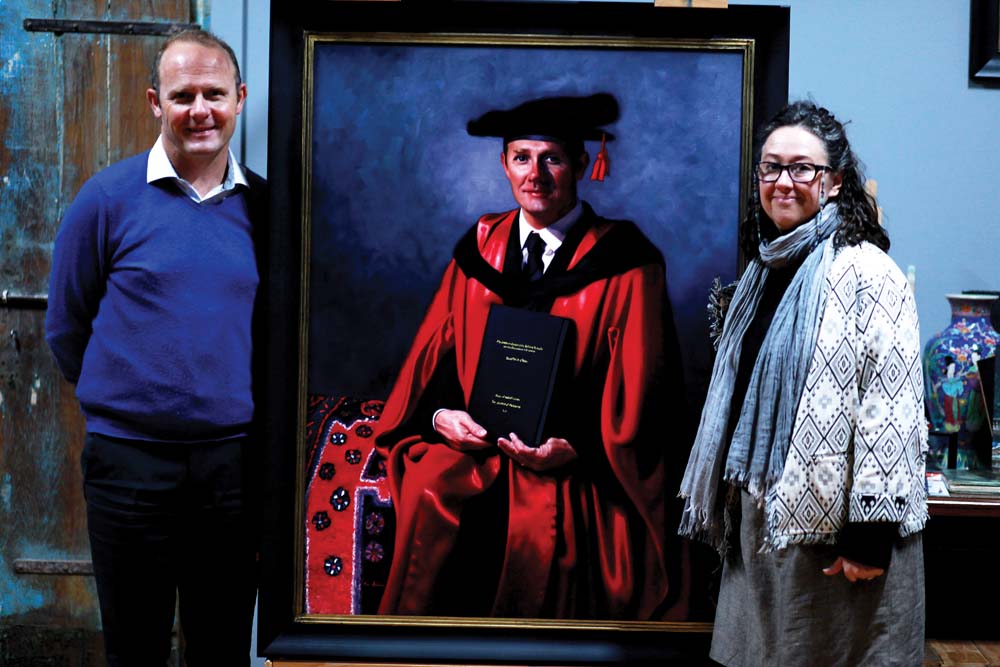 It’s not a familiar name to most people but his work on the Bairnsdale ulcer is widely known, especially on the southern Mornington Peninsula, a hotspot for the skin disease.

He works at Geelong and Royal Melbourne hospitals, holds a teaching and research position at the University of Melbourne, and advises Medecins Sans Frontieres (Doctors Without Borders).

Professor O’Brien, who lives in Geelong, conducts a monthly clinic at Sorrento where he is currently treating 25 people with the flesh-eating ulcer. He also liaises with Frankston Hospital and GPs in the region who are treating other people with the disease.

The bacteria, which contrary to common belief does not enter the bloodstream, infects the skin and subcutaneous tissue. It has to be treated with heavy-duty antibiotics and often surgery.

It is a reportable disease and cases are on the rise, including on the peninsula, mainly centred at Rye but also Tootgarook, Blairgowrie and Sorrento. Several cases have been reported at Mornington and Frankston.

Australia is the only developed country with significant Bairnsdale ulcer outbreaks, named after the Gippsland town where the first patients presented in 1939.

Ms Sullivan, of Rye, heard about Professor O’Brien and his work when an ulcer appeared on the nose of her neighbour’s young grandson.

“It was heading towards his eye. As an artist, the thought of eye damage is terrifying and everyone was very concerned for this little fellow,” she told The News.

“Luckily with the right sort of treatment from Professor O’Brien the ulcer was contained and the eye was not affected.”

Soon after, Ms Sullivan’s friend Judy Muir (of Polperro dolphin tours fame) found an ulcer on her leg and attended the doctor’s clinic for treatment. Ms Sullivan received regular updates about the healing process when the pair walked along their beach at Sorrento.

It was Ms Muir who suggested Ms Sullivan paint a portrait of the professor.

Ms Muir said he was a nice man and jokingly said it was “almost worth getting the ulcer just to meet him”.

“I said I didn’t want to go that far for the sake of my art but would love for her to ask him if he would consider it,” Ms Sullivan said with a laugh.

The artist said doing a portrait of Professor O’Brien was one way to focus public attention on the ulcer. “Not enough is known about it and much more needs to be done,” Ms Sullivan said. “I am hoping more people will be on the lookout for the ulcer and get suspicious signs checked earlier.”

Professor O’Brien told The News research funding was needed as the disease was on the rise and was not fully understood. “We still have a lot to learn about where the bacteria lives in the environment and how it is transmitted,” he said.

He said recent research indicated the bacteria may be on people’s skin after they had been exposed to it outdoors. Insect bites including from mosquitoes could be transferring the bacteria into the skin and tissue.

Many people had been bitten during the warmer months but nothing occurred until the cooler months. “We think the incubation period is about four and a half months,” he said.

He advised people to cover up in summer and use insect repellent.

On a lighter note, he said having his portrait painted was a “humbling experience”.  “I’m not used to this sort of attention.”

The winner of the Doug Moran National Portrait Prize will be announced in October.