Wire cage a source of aid for asylum seekers 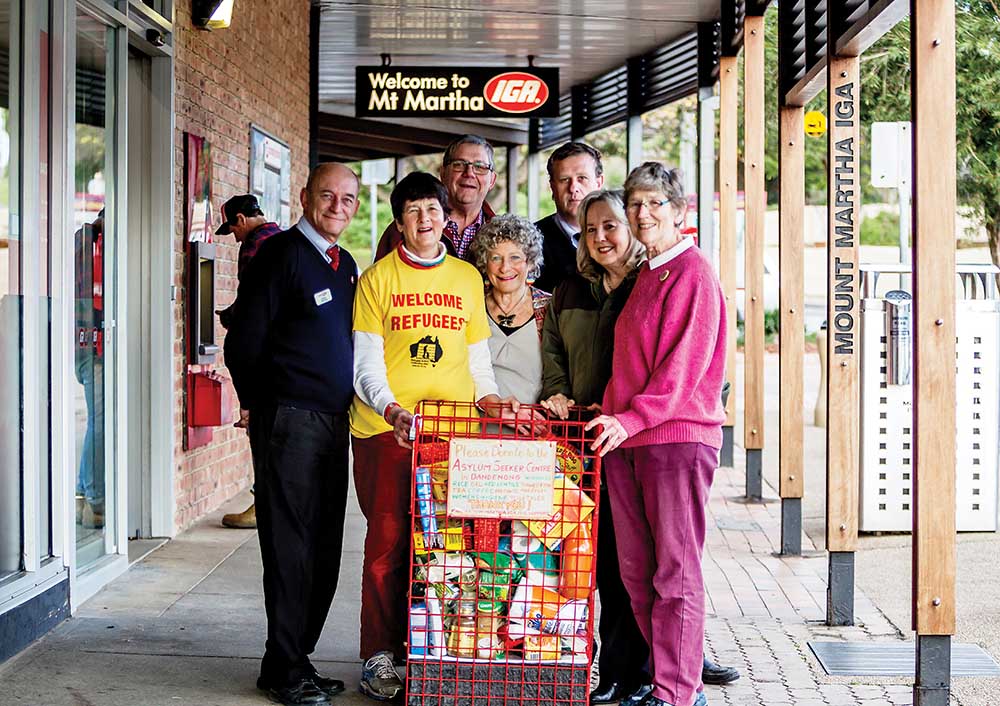 A WIRE cage outside the Mt Martha supermarket has for the past 15 years been a focal point of community concern for asylum seekers.

Every day, shoppers buy and place food staples in the cage which is then taken to the Asylum Seeker Centre at Dandenong.

The centre describes itself as a voluntary interdenominational Christian response to the needs of asylum seekers and refugees. It gives food packs to the asylum seekers who are onshore applicants for refugee status

The cage outside the supermarket has undergone many transformations. Originally it was a silver colour and later became rusted. It’s had numerous coats of paint of different hues over the years.

Before the photo for this story was taken, Georgie Stubbs, the driving force behind the collection, insisted it be repainted in the IGA supermarket’s red.

Seventy-year-old Georgie says she has been an activist for 40 years.

Now, she wants to thank all those who have donated food as well as the supermarket which has always supported the project and volunteers from Mt Martha Uniting Church who collect and take the food to Dandenong.

“The people of Mt Martha have been marvellous,” Ms Stubbs says.

“The cage is a focal point for conversation. Often when people are leaving food they will get into a discussion about asylum seekers.

“It becomes a forum. They want to discuss issues.

“Sometimes they are unaware that asylum seekers who come to Australia are genuinely in fear for their lives or face persecution.

“Many of the asylum seekers are granted visas that don’t allow them to work. They would love to work.”

Ms Stubbs said food donors also “let me know of some furniture they are getting rid of that would be suitable for asylum seekers setting up a home in Dandenong”.

“We have a man who generously lends us his truck to pick up furniture. We’ve been able to provide asylum seekers who have virtually nothing with furniture and the necessities of life.”

“The media have demonised Muslims who are a gentle and hospitable people. When we drop off furniture or white goods they invite us into their houses and make us most welcome,” she says.

Couples from the church take turns in looking after the cage for a month at a time. It is emptied every two days and the food is taken to Dandenong weekly.

Supermarket staff put the cage out every morning and take it in just before close of business.

“When you hear about so many bad things happening in the world, it’s heartening to hear of people looking out for those less fortunate.”