‘Dannmann’ flies to gold in Sweden 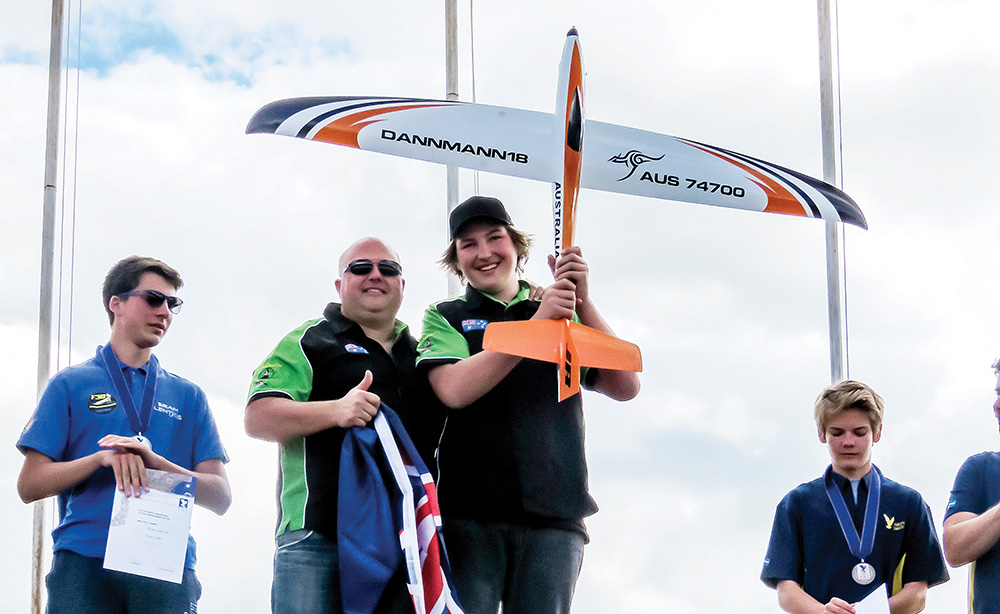 Daniel is the first Australian junior to win a world championship in any facet of aeromodelling, his father Andrew Arapakis said.

“He was race prepared with the finest aircraft, engines and propellers fastidiously engineered by Barry Murphy, which are world renowned for their reliability and performance.”

Daniel flew his Minute Master racer for 14 rounds over three days to win the junior category. His times complemented the Australian seniors’ outstanding performances, with Australia also winning gold in the team event.

The methanol-burning models, with top speeds of more than 350kph, are flown over 10 laps around a 400-metre pylon course. Three pilots at the same time compete against the clock aiming to finish in less than 60 seconds.

On returning home, Daniel was presented with a life membership of the Western Port club for his achievements – an honour for a 16-year-old, Mr Arapakis said.

Australia will host the next world championships in Queensland in 2019. “Our pilots are regarded as the best in the world for their skills, teamwork, support – and having fun,” Mr Arapakis said.