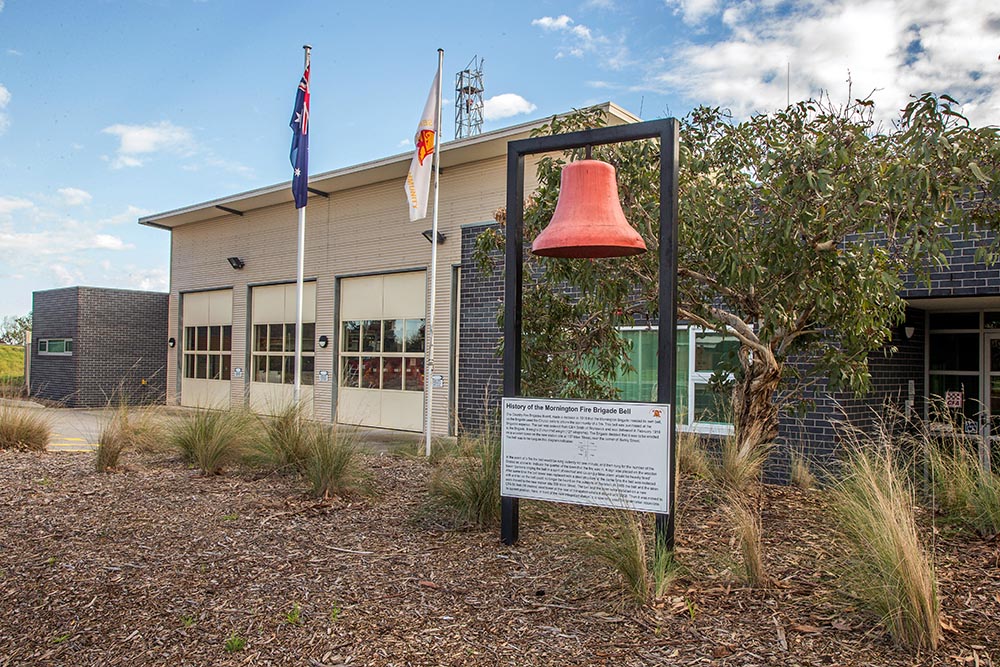 Mornington Fire Station. As requested after the Kindergarten's visit was cancelled due to the new Working with Children Act. ??? What happens if there is a fire at the Kindergarten? Are only the Firefighters with Working with Children can attend, also at Christmas a Tanker with Santa used to go around areas of Mornington like Tanti Park, this was always a favourite with the locals. I was told they did it last year but will it go ahead this year?
Share
Facebook Twitter LinkedIn Pinterest Email

A CLASS of Mornington preschoolers was looking forward to an excursion to Mornington fire station last week – until the visit was cancelled at the last minute by firemen concerned they didn’t have the requisite Working with Children checks.

Leslie Moorhead Preschool had arranged the visit for the four-year-old group to “increase their understanding and sense of community”. But the visit fell foul of laws introduced on 1 August which take a tougher line on the actual wording of the act which aims to protect children from harm.

The episode highlights the added bite of the new requirements which many groups and organisations, such as the CFA, must adhere to when working with youngsters.

The act now requires those needing checks include adults who “work” with children aged 18 or under. The term “work” includes voluntary work, practical training, and paid employment at a job which involves direct contact.

An organisation is committing an offence if it asks a person to engage in child-related work before they have applied for a check.

Mornington Fire Brigade operations officer John Townsend was sorry the visit had to be cancelled. “Changes in the legislation hinge around the word supervision,” he said. “The word’s removal has created issues and the CFA has decided to take a stand and get all its officers checked.”

Previously, a staff member of an organisation, such as the fire brigade, could legally work with children if a teacher or instructor was supervising. Now, that oversight carries little weight and the onus is on the staff member, and their organisation, to justify their right to close contact.

Under the new rules – and to prevent any future embarrassment – the CFA has told its members wanting to take part in any of these programs to complete a Working with Children check.

The new rules are causing concern for the Mornington Peninsula branch of the Disabled Surfers Association (DSA) which relies on volunteers.

Although its committee has the necessary clearances, members believe it will be a “problem” for the 240-plus volunteers who turn up to help out at their two annual beach days.

In many instances the volunteers are responding to requests for help on social media or in The News and register their names an hour or so before the beach day begins, usually at Point Leo.

Many of the 150 or so disabled surfers are children who are accompanied by their carers – usually family members. For them to have a safe time in the surf the DSA needs many more volunteers who are formed into squads supervised by committee members.

The problems facing the Victorian branch were on the agenda at last weekend’s annual meeting of the DSA on the Gold Coast.

Nepean MP Martin Dixon has written to the Attorney-General, Martin Pakula, asking that he “provide assistance to the Disabled Surfers Association Mornington Peninsula so they can more effectively transition to the new requirements, without being forced to cut their programs”.

Mr Dixon said that, although the Coalition supported the amendments to the Working with Children Act 2005, the “government deserves to be criticised over their implementation of these changes, which have occurred with little consultation, poor advice to the community and woefully inadequate assistance given to those organisations which rely on volunteers for their operations”.

Working with Children checks are free for volunteers but staff members of organisations pay $121 which, in the CFA’s case, is reimbursed. The test can be done online.

Registered primary and secondary teachers, and police, are exempt.

All organisations have a responsibility to create and maintain child-safe environments, and to assess if a staff member is suitable to work with children.